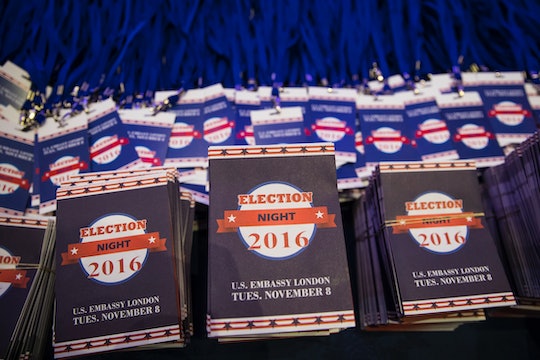 17 Ways To Stay Positive After The Election, Because It's Been Scarier Than Anticipated

With the U.S. election coming to a close this evening, one thing is for certain: no one could have foreseen such a drastic and close race in the 2016 election. And because things went so completely off the rails, and every news outlet and social media channel seemed to blow up as soon as the votes started rolling in, it's understandable that you'd be feeling a little stressed out after the evening's festivities and sorrows. Rather than wallowing, it's important to find ways to stay positive after the election, because for so many Americans, this uphill battle only gets that much steeper starting tomorrow morning.

Though the results of the election are still rolling in, regardless of the outcome tonight, it's going to be hard to get out of bed tomorrow. Because the fact remains that no matter who takes the race for the Oval Office, a scary amount of Americans have put their faith in a man who promised walls, bigotry, and regression. I know it's going to feel really, really appealing to stay in bed for as many sick days as you can swindle out of your employer, but now more than ever, finding ways to be positive is extremely important. So roll out of that comfortable bed that's beckoning you to wallow, and try shaking off your stress and anxiety with the following suggestions.