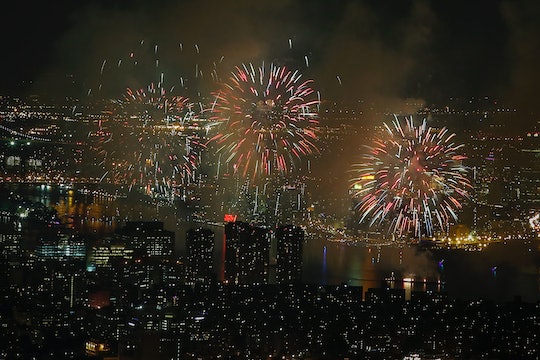 In 1776, our founding fathers declared independence from Great Britain, setting off a chain of events that gave us the great United States of America. Now, 222 years later, we celebrate each July 4th the way we know best — by circulating jokes about it on the internet. July 4th is just around the corner, and with that, the deepest and most hilarious corners of the internet are spitting out this year's round of obligatory funny 4th of July memes. They may not be quite as poetic as Thomas Jefferson, who ensured the Declaration of Independence included the right to the "pursuit of happiness" (previous drafts included only the pursuit of property), but they get the job done.

Beyond meme circulation, many Americans celebrate the day with parties and subsequent drinking. But it turns out that getting drunk in celebration of our country's independence isn't a tradition that's unique to this century. Today, Americans spend upwards of 341 million dollars on beer each July 4th, but rumor has it George Washington celebrated July 4th 1778 by treating his soldiers to a double ration of rum, Business Insider reported. What is new, however, is the right to a celebratory day off. The Fourth was celebrated for almost a century before it became a federal holiday in 1870. Can you imagine? The fourth is also famous for the day both Thomas Jefferson and John Adams died, according to CBS News. The men were both instrumental in the penning of the Declaration of Independence and passed on the 50th anniversary of its signing. It's a coincidence of historic proportions.

Today, with all of the obligatory July 4th posts, you'd have to live under a social-media-free rock in order to remain completely oblivious of a holiday. Many lament the streams of repetitive photos and sentiments, but you know what they say — if you can't beat 'em, join 'em. Might as well hop on the bandwagon and share a seasonally appropriate meme or two (or five). After all, when else can you get away with using a bald eagle in a pick up line, or rhyming star spangled with hammered?

No matter how you celebrate (or ignore) this holiday, we've got a meme for you. Fan of Legally Blonde? Check out number three. Mean Girls more your style? Scroll to number seven. One of the millions who was forced to wear matching Old Navy Flag Tees with their siblings back in the day? Number four is calling your name. Whether you're barbecue hopping or laying on the beach all day, waving a flag at your local parade or watching fireworks, you can make your family, friends, and Facebook followers alike laugh with this collection of memes.