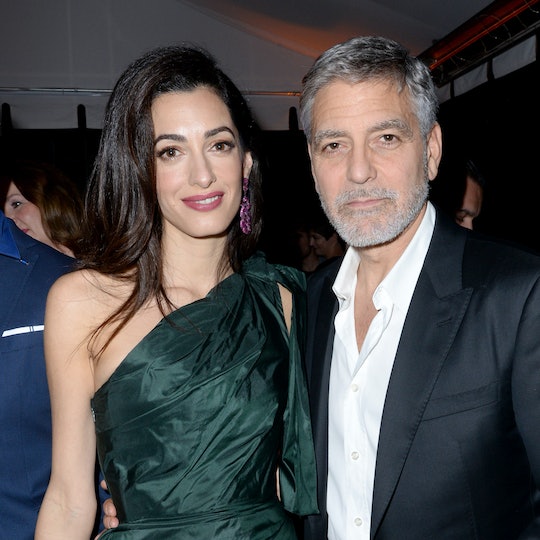 20 Celebrity Parents Who Heard The News: "You're Having Twins!"

It’s always fun when there is celebrity baby news to celebrate. But when the announcement is of multiples, it’s twice as nice. And while you may not have noticed, many celebrity couples have welcomed twins over the years. In fact, here's a sampling of 20 celebrity parents of twins and some of their thoughts on what it’s been like to do two-for-one parenting.

While seeing a big group of celebrities we all know and love who've welcomed twins makes it seem like a pretty routine occurrence, that's because it kind of is. In the United States, according to Very Well Family, twins occur once in about every 250 births. And when it does happen, it may seem like random chance, but there is actually some science that backs up the odds.

For example, women over 30 who give birth are more likely to conceive multiples, according to What To Expect. Additionally, a history of multiples in the family, as well conceiving while breastfeeding can be factors that play into getting pregnant with two babies, according to Very Well Family. Even height and weight can make a difference, according to Live Science, with obese women and taller-than-average women having twins more often.

And while it's impossible to pin down how these celeb parents' twins came to be, they're among a pretty fascinating statistic as well as a list of inspiring moms and dads.