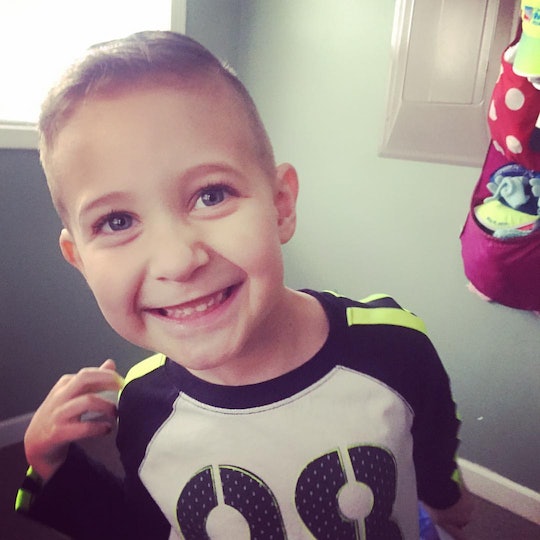 20 Things I Swear My Toddler Has Said

My toddler is the comedic relief I desperately need right before I'm about to lose it. I couldn't make up some of the things he's said, and done, because seriously: he's weird. I don't know if it's part of being a toddler or if he's a natural born entertainer, but some of his one-liners make me literally LOL. Some things I swear my toddler has said, because toddler speak is ridiculous, have taken my mood from total crap to absolutely delightful in a matter of seconds. He's like magic. If it sounds like I'm over-hyping, let me backtrack for a second.

I had my son in October of 2011, after two miscarriages and a slew of infertility issues. We'd already had our daughter in 2006, so my partner and I — emotionally exhausted by this point — were on the brink of throwing in the proverbial towel. Then, I took a pregnancy test and nearly nine months later, this little sweetheart came into the world, breaking hearts and taking names from the very beginning. He and I have always had a close bond that others don't always understand. We're OK with that.

Since his birth, I've tried to keep a file of all the absurd things he's said — just as I did with our daughter when she was a toddler — so that when he's older I can totally bust them out and embarrass him in front of whomever he's dating. That's what parents are for, right? So, with that in mind and because we could all use some comedic relief these days, here are some of those gems, in no particular order.