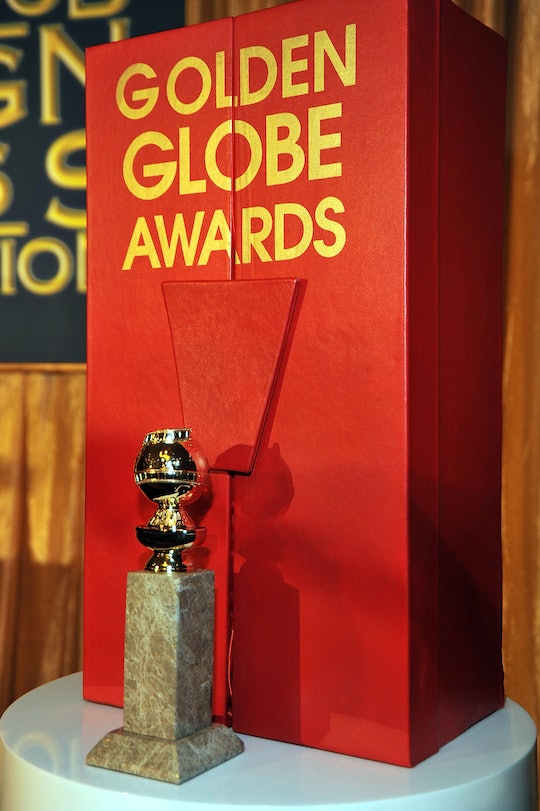 Nominations for Hollywood's second most prestigious award show were revealed Thursday morning, and a ton of fan favorites got much-deserved recognition. That said, beloved movies and film actors were overlooked. Yes, we noticed and are totally bitter. Though this seems to happen every year — and for every award show — these 2016 Golden Globe movie snubs would have even the most casual TV and movie watchers scratching their heads and saying "How?"

Some actors and TV shows are used to being snubbed, of course. Leonardo DiCaprio has been shut out of the Oscars literally his whole career, and The Walking Dead has been snubbed multiple times. But, in the Hollywood Foreign Press' defense, sometimes we don’t know how great a performance, show or movie was until years down the line. And also, so many talented, deserving actors and works are in the running for a Golden Globe, so there’s that.

Still, that does not seem to make these snubs hurt any less. Here are the films, shows, and actors that the Golden Globes somehow overlooked this year:

Theron wasn't nominated for Mad Max, which is incredibly disappointing given how much praise the film has received since its release in 2015.

Ruffalo's role in Spotlight was passed over. However, Ruffalo was nominated for Best Actor in a Motion Picture, Comedy or Musical for Infinity Polar Bear.

The Martian was nominated (as was Matt Damon and director Ridley Scott), but there was no nomination for the film's leading lady.

Apparently Mulligan's performance in Suffragette wasn't enough to earn her a nom this year.

OK, HFPA. We need to talk. How are you going to leave out one of the most prolific actors of our generation — especially for a crowd-favorite like Black Mass? Seriously. Call me, OK? Call. Me.

(Is it just me or do you just want forever refer to Tom Hanks as "Tam Honks"? No? Just me? OK then.) Anyway, the Cold War Bridge Of Spies thriller just didn't land with the HFPA this year.

She was nominated for a SAG Award for her performance in Grace of Monaco, but she was completely left off the Golden Globes nominee list.

The beloved Millennial movie was totally left off the HFPA's radar this year. Bummer.

The film is generating so much buzz and conversation, yet nothing for the movie or any of its leading roles landed with the HFPA to score a Globes nom.