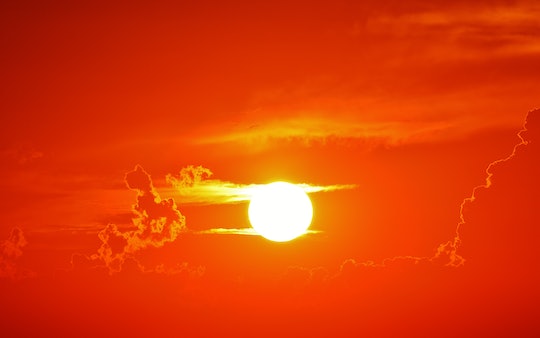 2016 On Track To Be The Hottest Year On Record

If you've been thinking that winter felt a little warmer this year, it's not all in your head. Scientists have determined that 2016 is the hottest year on record — a superlative with dangerous implications, balmy Christmases notwithstanding. As far back as June, NASA had already concluded that 2016's weather was record-breaking from a temperature standpoint. By November, the World Meteorological Organization confirmed that average global temperatures were "2.2 degrees Fahrenheit (1.2 degrees Celsius) above pre-industrial heights." There's no denying it: 2016 was remarkably hot, which is a fact that shouldn't be taken lightly. Records reveal that, of the 17 hottest recorded years, 16 have occurred this century, pointing to human activities as the cause.

Seeing as 2015 was the previous hottest year on record, one could easily presume, then, that 2017 might easily follow suit. This, however, will not necessarily be the case. Boston College climate scientist Jeremy Shakun informed Gizmodo that 2017 might not be record-setting, saying: "I don’t think we’ll necessarily see 1.25 degrees next year." This is, in part, due to the presence of El Niño at the beginning of 2016 — a "weather phenomenon" that "exacerbated coral reef bleaching, which is caused by water that is too warm, and a rise in sea levels." Regardless as to whether or not 2017 is off the charts, the current findings are deeply concerning as this "long-term warming trend" continues.

Though the entire globe felt the increase, it appears that the Arctic may have experienced these climate changes most severely. Just this week, Antarctica experienced temperatures that were nearly "50 degrees above average for this time of year," replete with low volumes of sea ice and other dangerous weather shifts. "The fact that we’re breaking temperature records on the warm side in the winter months is what’s really indicating that these trends are what’s here to stay," said Jeremy Mathis, director of the National Oceanic and Atmospheric Administration's Arctic Research Program. According to Mathis, this is a long-term trend that doesn't seem to be going anywhere.

Small changes in temperature have large global impacts. Just this month, the American Meterological Society's "Explaining Extreme Events from a Climate Perspective" published claims that "all the heat-related events studied in this year’s report were found to have been made more intense or likely due to human-induced climate change." Essentially, climate change is causing extreme weather events such as wildfires, cyclones, patterns of rainfall, and other dangerous conditions.

Though a few degrees per year doesn't seem like a life-altering amount, the increments add up and have already revealed their severe impact on our planet's weather systems. Hopefully, 2017 will see an overall temperature decrease, coupled with an increase in worldwide legislation meant to fight climate change.

More Like This
Cardi B Shows Us All How To Change Diapers With Long Nails In Helpful & Hilarious Video
Multiple Jif Peanut Butter Products Have Been Recalled After 14 People Got Sick
24 Photos Of Princess Charlotte Making Silly & Cute Faces
Jennifer Lawrence Just Kinda, Sorta Revealed The Sex Of Her First Baby