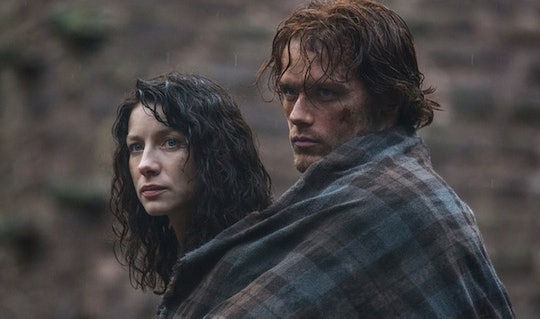 2017 Golden Globe Nomination Snubs That May Surprise You

Speaking as someone who has watched more than her fair share of award shows throughout the years, I understand that not all of my favorite shows, films, and actors can will get the recognition I feel they may deserve. So when the 2017 Golden Globe nominations were announced on Monday morning, I figured there was bound to be a few disappointments among the other many deserving nominees. However, even with that foreknowledge, there were a couple of 2017 Golden Globe nomination snubs that I found to be rather surprising nevertheless.

As I just mentioned, obviously not everyone is able to receive a nod, especially when it comes to the main categories. And considering how many amazing projects the entertainment industry has been churning out these days, I can appreciate the tough decision that this particular process entails. That being said, I couldn't help but be shocked when a select few names weren't called out among all the other nominees. So who were these snubs that I speak of exactly? Luckily for you, I've taken the liberty of rounding up some of the biggest upsets for the Golden Globes that I feel didn't truly get the love they so deserved. See if you agree with what I came up with...

Though the series may have been shown some affection during the Critics' Choice Awards this week, apparently the Globes didn't feel the same.

Given Sansa's massive character arc as of late, you'd think the actress would've been given a nod for her efforts. Evidently not.

It looks like not even coming back from the dead was enough to earn Jon Snow some Golden Globes love. Do I also know nothing because I just don't understand this.

Regardless of how you feel about Empire this season, Henson's work as Cookie Lyon is always stellar and deserves all the awards.

Normally Dinklage is rolling in the award nominations. Tyrion does not approve.

When the Mother of Dragons doesn't get any nominations, you know something is not right with the world.

The actress plays multiple characters with ease, so she more than deserved some recognition for her efforts.

Frank Underwood & Co. have always been pretty well represented throughout award shows, so you can imagine my surprise when the HFPA failed to mention the show's name once throughout its list of nominees.

Though arguably this show is far from a comedy, especially this season, the Netflix hit was completely snubbed across the board this year. What gives?

This moving story definitely deserved some kind of love, don't you agree? And yet here we are, with nothing to show for it.

Milo Ventimiglia (This Is Us)

Given how much success the freshman drama has received this year, it was surprising that the actor wasn't given his own nod, especially considering how beloved his character is. Plus, this is Jess Mariano from Gilmore Girls for crying out loud.

The list could go on and on, given how many incredible shows, films, and actors have made their mark throughout the 2016 year. But these were the biggest standouts in my opinion. Hopefully they'll get their time to shine during other award shows.