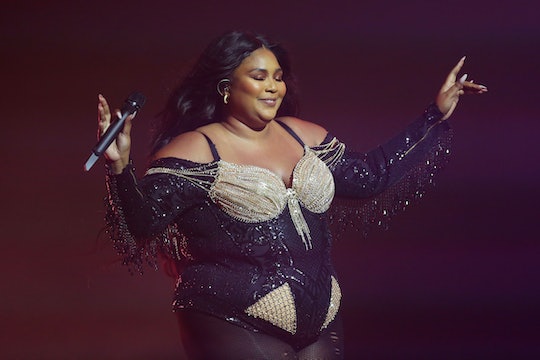 Lizzo, Billie Eilish, Aerosmith, & More Are Set To Perform At The 2020 Grammy Awards

While the Grammys are traditionally a place to see some of the music industry's biggest stars, it's also the place to hear some of music's best. And the 62nd annual Grammy Awards are shaping up to be no exception. In fact, the list of 2020 Grammy performers includes Lizzo, Billie Eilish, Aerosmith, and more, meaning viewers are in for a host of fantastic acts.

It will be a night of firsts for Lizzo and Eilish. The Recording Academy announced last month that the singers, both of whom are first-time Grammy nominees, would also make their Grammy stage debuts at this year's awards ceremony. Both performers have been nominated for Record of The Year, Album of The Year, and Best New Artist.

The 2020 Grammy Awards will also see Aerosmith, this year's MusiCares Person of the Year award recipients, perform a medley of hits. But along with being recognized for more than five decades of philanthropic work, Aerosmith's 2020 Grammy performance will mark a long-awaited return to the Grammy stage. According to Rolling Stone, the rock band has not performed at the Grammys in almost 30 years, noting that Aerosmith's last Grammy performance occurred in 1991.

Of course, Lizzo, Eilish, and Aerosmith aren't the only musicians slated to perform at this year's Grammys. According to the Recording Academy, Gwen Stefani will also perform alongside boyfriend Blake Shelton.

While neither artist has confirmed what song they're slated to sing, Shelton appeared to drop a major hint when announcing their Grammy performance on Instagram. "Nobody but you, @gwenstefani, that I’d want to share this year’s @recordingacademy #GRAMMYs stage with!" the country artist wrote. "Nobody But You" is the name of the duet Shelton and Stefani released late last year.

Ariana Grande, who's nominated in five different categories in 2020, is also scheduled to perform tonight. Fellow popstar Demi Lovato, who has not been nominated in any category this year, is also expected to perform.

The 62nd annual Grammy Awards will be broadcast live from the STAPLES Center in Los Angeles by CBS on Sunday, Jan. 26 at 8 p.m. EST. Until then, you can read up on the full list of 2020 GRAMMY nominations in preparation for music's biggest night.