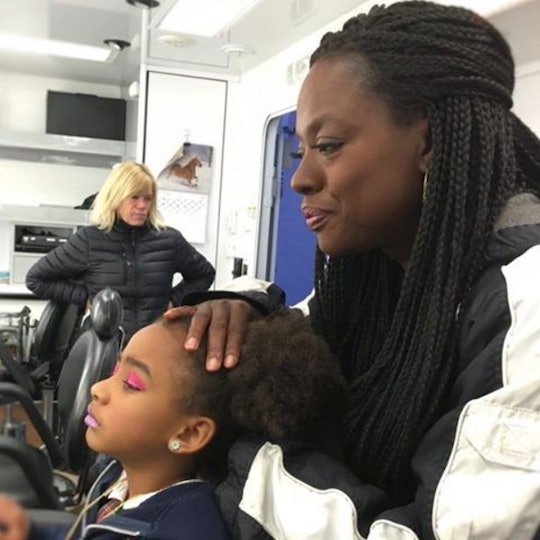 In the world of celebrities who've adopted children, it's hard not to immediately think of Angelina Jolie and Brad Pitt, right? This A-list couples has adopted several times, and show no signs of stopping the expansion of their family. With both biological and adopted children, they've set the picture-perfect family bar pretty high. But they're not the only celebrities who've adopted kids.

For some, like Katherine Heigl, the adoption stemmed from a precedent of always wanting to adopt. For others, like Calista Flockhart, Sheryl Crow, Sandra Bullock, and more , they were single women who wanted to become mothers, and turned to adoption to do so on their own. And for many, like Hugh Jackman, Julie Andrews, and Nia Vardalos, adoption came to fruition by facing the challenges of fertility.

Regardless of how or why they came to the adoption process, they made it here, and many have become vocal advocates for adoption along the way. However different in their careers and backgrounds, the one thing all of these celebs have in common is that they've all opened their arms and provided a loving home to a child in need. And that's way, way cooler than winning an Oscar, right?