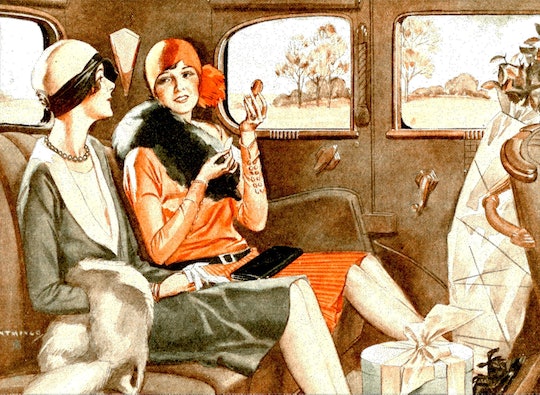 21 Old-Fashioned Insults To Add To Your Burn Book

If you have children, or maybe you're just in polite company, sometimes you have to get creative with your words. My partner and I learned quickly that little kids pick up and repeat everything — and I mean everything — they hear, and often say it at the most inopportune time, too. That's why there are so many hilarious old-fashioned insults to bring back because censoring yourself with the same G-rated lines can be boring. Besides being safe for little ears, plenty of the one liners and zingers my grandmother would lob at my grandfather were downright clever. They just don't make insults anymore like they used to, am I right?

Rather than checking out dusty books from the library in the hopes of stumbling across a particularly biting gem, there's a world full of information waiting at your fingertips. Though some of the things your grandparents say might be a bit out of touch with what's considered appropriate or politically correct nowadays, I'd bet you'd be surprised if you asked them what some of their favorite insults are. So if you're looking to bring back some old-fashioned snappy comebacks, then look no further than these burns from a bygone era.