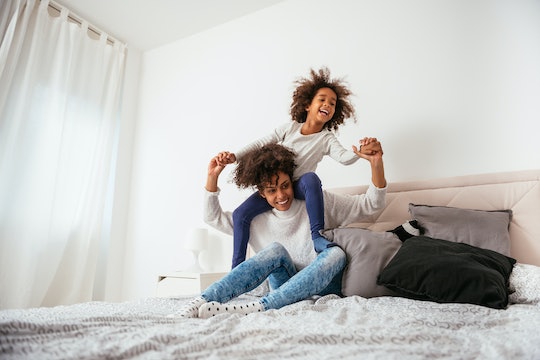 Becoming a parent has to be such a liberating experience. I mean, what else is cooler than looking down at your child and realizing that you literally helped create them? My sister, who is a parent now, always tells me how weird it feels to look at my 3-year-old niece and realize that she's really a smaller version of her. She also tells me that she finds herself quietly laughing at the things my niece does, because her actions are almost identical ours when were her her age. Similarly, when I see parenting memes float across my timeline, I flashback to the things I did as a child and see that there are parents still experiencing these things now.

When I was a kid, I would always sit at the bathroom door when my mom was in there — no matter what she was doing. Funny enough, my sister says my niece does the same thing, and many parents that I see on Twitter express that they go through it too. It's really an endless cycle of kids being kids and new parents finding a way to relate to their own parents.

So, if you've ever wondered if you're the only person in the world to experience a certain thing, these 21 memes will prove that you're not alone in this world of parenting.