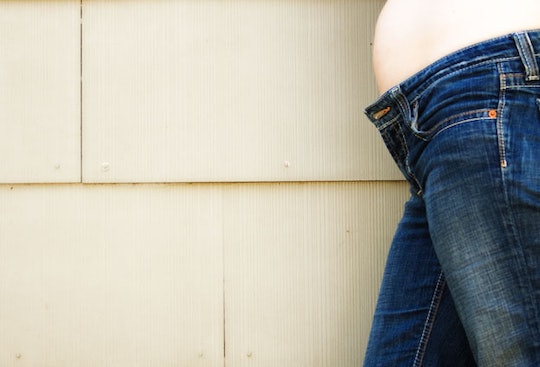 23 Tweets That Perfectly Capture The Emotional Roller Coaster Of Pregnancy

Television and film might sometimes exaggerate the whole pregnant woman stereotype, but there is surprising amount of truth behind those played out punchlines. Yes, at some point, getting in and out of any kind of seated position will prove challenging. Yes, you will probably get a really weird craving and for some reason you need it at that exact minute. Yes, morning sickness sucks because it doesn't only occur in the morning, as its name implies. At times may feel like you're going crazy, but you're definitely not alone. A quick peruse of tweets about pregnancy can instantly put your mind at ease.

From posts so funny you pee your pants (though, TBH, that probably already happens pretty easily) to tweets that totally capture the wide range of emotions a woman can go through during pregnancy, the mothers-to-be of Twitter completely get it. Even celebrities, like Chrissy Tiegen, tweet about pregnancy moments that are both hilarious and honest.

Whether or not you consider yourself to be a social media aficionado, you don't have to be a Twitter guru to appreciate the uber relatable and #accurate tweets that these women have shared as they ride the emotional roller coaster of pregnancy. Check out these top posts and see if any of them hit the nail on the head for you.