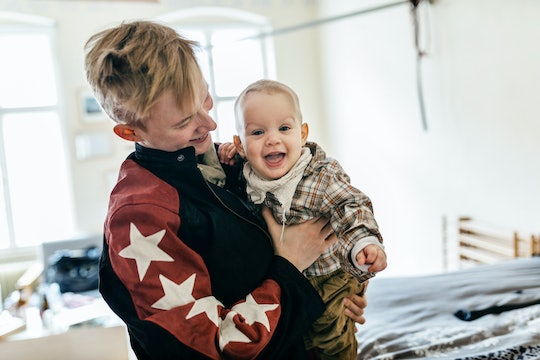 These 25 Space-Inspired Baby Names Are Perfect For Those Starry, Sleepless Nights

Outer space is a fascinating thing. After the past few chaotic years on Earth, outer space is also a really hopeful thing — aspirational, even. There's gotta be life on other planets, right? Jokes aside, the idea of giving your child a baby name inspired by space is simply cool. After all, a kid who's out of this world deserves a name that is, too.

If you like the idea of a space-themed name but don't want to name your child Jupiter, don't worry. (No offense if you do want to name your child that, though.) There are a ton of beautiful space names that you may not have heard before, but totally give that intergalactic, ethereal vibe you're looking for. This list is a nice mix of different outer space names, from the unique-but-not-too-unique to the "Wow, I've never heard that before, can you spell it?" Whether you're an amateur stargazer, junior astrologist (naming your baby after a star sign is big Cancer energy), or a NASA buff, there's something on this baby name list for you. At the very least, it'll challenge you to think far, far beyond the typical baby name lists and embrace the final frontier.

This article was originally published on Aug. 31, 2018