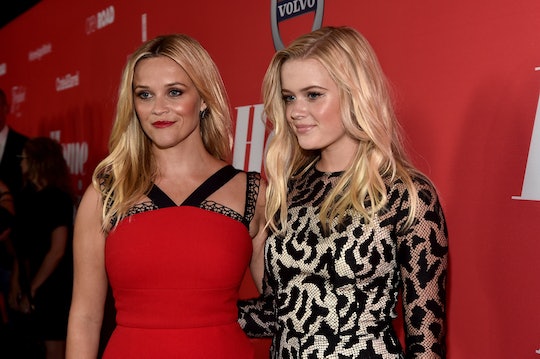 Just like so-called "regular" people debate which parents or other family members that biological children might look like more or whose mannerisms, behaviors, likes, and dislikes they might resemble more, you can do the same with some celebrity families (and they might too in their private lives — who knows?). And if you pay attention to any famous families, you'll notice that there are quite a few celebrities that look just like their kids — they have their very own "mini me." Though some celebrity kids don't look all that much like their famous, glamorous parents, others are basically the spitting image of one parent or another and with just a glance, you know whose kid they likely are.

Some kids look more and more like family members as they grow older, mirroring more mannerisms, as well, as they age. Some celebrity kids do, as well. They too look more like their parents as they grow up, taking after their famous parents in appearance, mannerisms, and sometimes even career aspirations. From Reese Witherspoon's daughter, Ava and Demi Moore's daughter, Rumer, to Kate Moss's daughter, Lila Grace and Tom Hanks's son, Colin, some celebrity kids could very nearly pass for their famous, glamorous parents. That's how closely, in some cases, that they resemble one another. Celebrities have mini look-a-likes, just like you do.