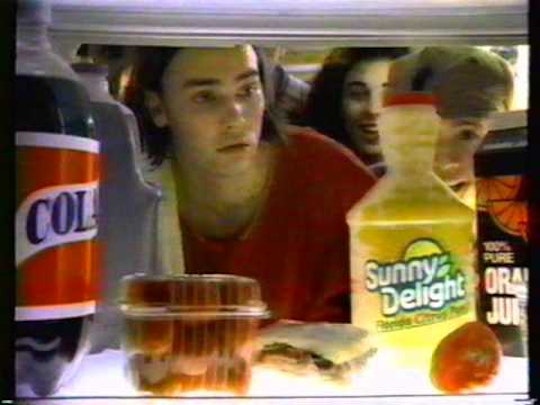 When most people think about iconic moments from the '90s, they may remember the Bush and Clinton years, the emergence of girl power and grunge music, or perhaps the funky fashions of the era. However, what sticks out the most to me about such a legendary decade, were all the '90s ads that won you over with wacky, outrageous, and brightly-colored commercials. I remember swearing up and down that I needed Moon Shoes if I had any hope of ever becoming an astronaut. Spoiler alert: NASA hasn't called me—yet. There was just something magically inticing about ads from the 1990s that captured the hearts of kids everywhere.

In fact, even as adults, the catchphrases made popular by random '90s commercials still survive in today's pop culture lexicon in some way or another. Though some sayings might be used as a joke or to show how dated something is (think: Budweiser's "Wassup?" ad from the late '90s), they've still stood the test of time.

Regardless of why or how an ad from the 1990s has remained memorable, it's a testament to the creative and eclectic minds of the decade and the young kids who were inspired by them. Do you think we'd have the commercial with grouchy stars who just need a Snicker's if we didn't have these '90s ads that totally won you over back in the day?