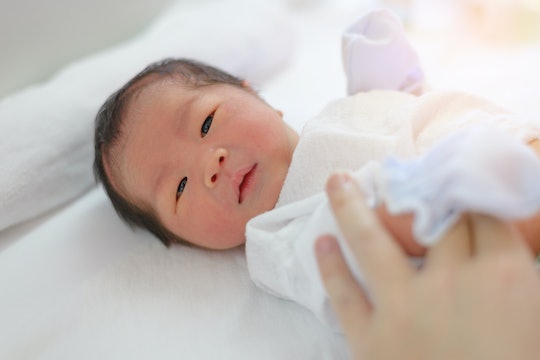 27 Floral Baby Names That Are Due To Make A Comeback

The spring season is finally here, and with it comes the scent of flowers that perfume the air. Oh, it already sounds so whimsical. If you are expecting a little bundle of joy, why not take inspiration from nature as it blooms around you? Here are some lovely floral baby names.

Nature-inspired names like Rosebud, Iris, or even Willow are not only unique, but adorable, too, and there is no denying that there is an elegance to them as well. Floral baby names first became popular back in the 19th century, according to Disney Baby. While they've always been around since, they're clearly making a comeback as botanical baby names was one of the most popular categories of 2017, according to BabyCenter.

If that hasn't sold you yet, don't forget about all the celebrities that have named their children after flowers or some type of plant. Actors Will Smith and Jada Pinkett-Smith named their daughter Willow, Musicians Jay Z and Beyoncé gave their firstborn the moniker Blue Ivy, and Drew Barrymore's eldest daughter is named Olive.

If you are expecting, here is your chance to jump on trend that may be popular at the moment, but really, never goes out of style.