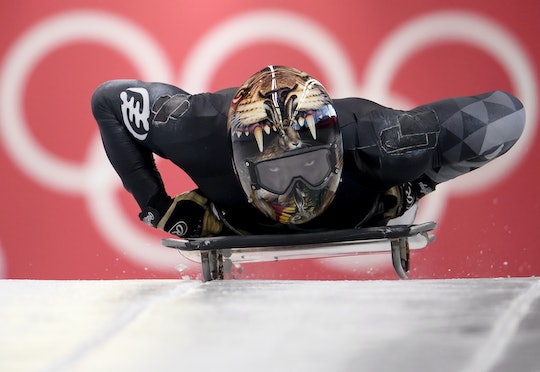 For me, the Olympic Games and the athletes who compete in them have always held a certain level of mystique. As they perform seemingly inhuman feats and bow their heads to receive medals on the podium, they almost seem like superheros, goddesses, and gods. And while there's no doubt that they are totally amazing, if you look behind the scenes at their lives off the slopes, rinks, and track, you are bound to learn some shocking facts about Olympic athletes.

And while it's easy to consider Olympians as just athletes, they’re actually people, too, with weird hobbies, careers, graduate degrees, and some surprisingly "normal" personal lives. According to the Team USA website, Olympic athletes also do some pretty amazing things, too, like play in rock bands, blaze new trails, and even birth babies, which seems unreal to me. As a mother with a big family, there are days when I can barely manage to put on pants, let alone compete as a world-class athlete while parenting a toddler. While Olympic Committee rules bar athletes younger than 15 from competing, according to the Team USA website, some of the athletes competing started training for the Olympics as soon as they were able to walk, which kind of makes me think my kids are slacking. According to NBC Sports, the youngest competitor this year is 15-year-old Wu Meng, a half-pipe skier from China, and the oldest athlete is 51-year-old curling alternate Cherl Bernard, an insurance broker and step-mom from Canada.

Read on for more surprising, weird, and strange facts about Olympic athletes competing in the 2018 PyeongChang Games.

More Like This
17 Fun & Interesting Facts About Valentine’s Day
14 Recipes For Sick Kids When Everyone's Tired Of Canned Soup & Crackers
Viral Hives In Children: What Doctors Want You To Know
22 Super Sweet Valentine's Day Poems For Kids
What Parents Are Talking About — Delivered Straight To Your Inbox