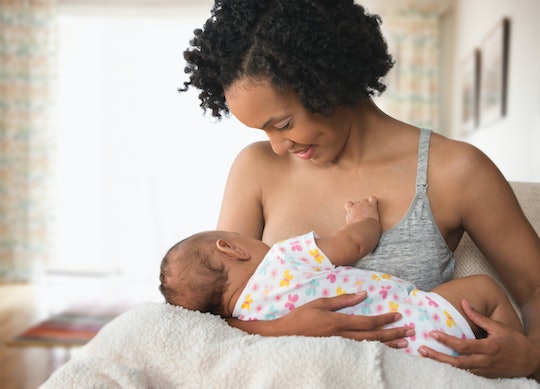 From nationwide public legalization to discrimination protections and jury duty exemptions, breastfeeding laws across the United States have undergone some major changes over the years. In fact, there have been at least 28 breastfeeding laws passed in the last decade — the majority of which were aimed at either increasing legalization and discrimination protections, improving access to support resources, or just making life a little bit easier for nursing mothers. As 2019 comes to a close, Romper looks back at this past decade's most significant breastfeeding laws.

The benefits of breastfeeding have long been lauded. So much so, that the U.S. Centers for Disease Control and Prevention (CDC) has deemed breastfeeding "a key strategy to improve public health" due to the health benefits it provides infants, children, and mothers. As a result, more and more lawmakers at both the state and federal level have sought to improve breastfeeding rights and protections — and thankfully, over the course of the last 10 years, they've made some significant gains.

Here are 28 breastfeeding laws passed within the last 10 years:

More Like This
There’s A Reason Your Baby Always Falls Asleep While Breastfeeding
If Breastfeeding Makes You Tired, Here’s How To Keep Your Energy Up
13 Rosh Hashanah Quotes For A Sweet New Year
Kylie Jenner Is Unbothered By A Little Breast Milk Leaking On Her T-Shirt