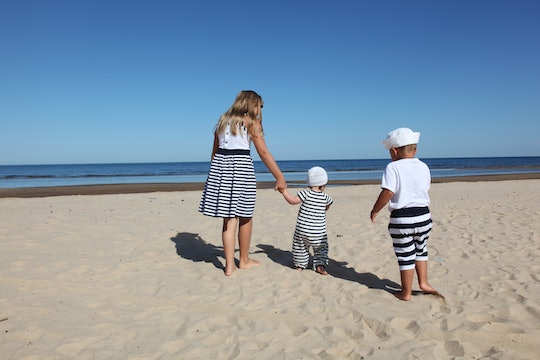 Now that summer is over and fall is almost in full swing, you're probably having to adjust to your old "back to school" habits: noisy carpooling, meticulously cutting fruit into tiny squares so that your 6-year-old might find them appetizing, and worst of all, helping your kids complete their math homework. (When did sixth grade math become so damn difficult?) Other parents understand the trials and tribulations you're going through all too well. And some are not-so silent when dealing with them, as proven through this week's round-up of hilarious parenting tweets.

You're probably somewhat relieved that summer is over, but that doesn't make it easier to jump back into old habits. Instead of sunburns and bathing suit shopping to deal with, you now have to cart a screaming car of kids to and from school, pack delicious lunches that still have at least some nutritional benefit, and make sure your child is wearing shoes before he leaves the house, despite the cries of protest that may ensue.

Yes, you're most likely exhausted, but it's best to remember to enjoy these stressful moments, especially since the beginning of a school year is a reminder that your kid is growing up, and that these times definitely won't last forever. And if you are stressed, just turn to Twitter to ensure some laughs.