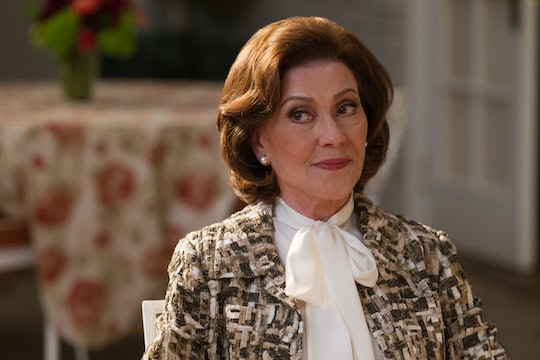 It's been well over a week now since Netflix released Gilmore Girls: A Year in the Life, and it's still proving to be a major topic of conversation among fans new and old. A big reason for that has to do with the fact that there are still many questions the Gilmore Girls revival needs to answer. But, of course, this should come as no great surprise considering the whopper of a cliffhanger the series chose to end on with Rory announcing to her mother that she's pregnant. So no only did this (among many other things) leave stories unresolved, but it also opened up the possibility for a potential spin-off where Rory is the mother instead of the daughter.

As of now, it remains unclear if these storylines will ever get resolved. Netflix has yet to renew the series for a second season, though, that would probably depend on who in the cast is available for another go-round. But regardless of what the future holds for the show, there are still a lot of questions I have that I would like to see answered either in interviews or throughout another season. And much like the ambitious and formidable Paris Geller (bless her), I refuse to be ignored.

So without further adieu, here are my main concerns...

7. Which wedding cake did Lorelai end up choosing? Also, who ate the other cakes?

8. Why does Christopher not age? Is he immortal?

9. Why did Rory go to a job interview unprepared? What happened to all those pro/con lists and her freaky attention to detail?

10. How often has Jess been going to the gym because those arms are really working for him.

13. Is there ever a third installment of A Film by Kirk? Can there be?

14. Why did Rory fall asleep during her interview with that guy waiting in line? Does she not understand how reporting works?

15. Who was under the wookiee costume?

16. Why is Logan engagement when clearly he's still in love with Rory? Was this an arranged marriage type of deal?

17. What does Odette do? Was she also sleeping with a former flame? It only seems fair.

19. What did Emily do with the huge portrait she had done of Richard?

20. What's the name of Sookie and Jackson's third child?

21. Do Michel and Frederick ever adopt a child? And if it's a girl, do they re-name her Celine?

22. Does Lorelai end up expanding the Dragonfly Inn? Do they move to that new location where all the nuns were?

23 Does Rory decide to permanently live in Stars Hollow?

24. Does she ever tell the father that she's pregnant?

26. What is Tristan up to these days?

27. Why was the surrogacy storyline just dropped?

28. Do Luke and Lorelai ever have kids?

I could probably go on, but I think you get my point. Your move, ASP.