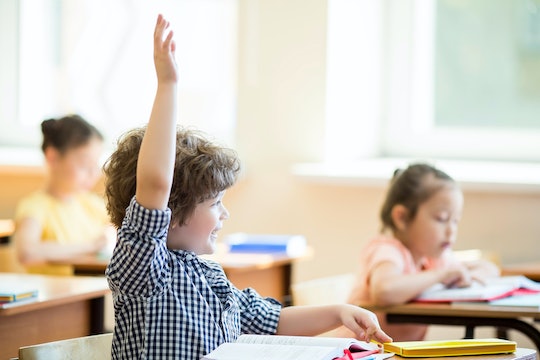 3 Ways "Redshirting" Your Child Could Negatively Affect Them, According To Science

I grew up in Canton, Ohio. In my hometown, football is life and some parents will do anything to assure their children a spot on the high school team. Because of this, many parents choose to redshirt their kids in kindergarten, hoping they'll be bigger freshman and slide right into the varsity squad. But all over the country parents choose to hold their children back for all sorts of reasons, ranging from academic excellence to emotional maturity. It seems simple, but it turns out that there are some ways that holding back your child in school could affect them adversely.

When you're trying to decide whether to hold your child back in a grade, you're going to be evaluating all of the potential outcomes, and scrutinizing your own feelings and reasons for it as well. It might be that your child is struggling, and you want to provide them with every possible tool to succeed and this seems like the best strategy. It may be that you want your child to have an academic edge come high school, so you think you should give them a head start when they're little. These are valid reasons, and science backs some of them up, but some researchers argue that it is both unnecessary and ineffective when it comes to the heart of the issue at hand.