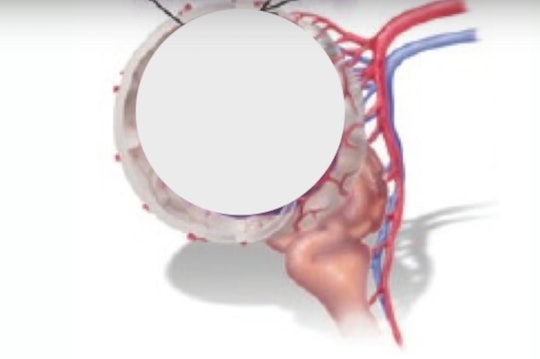 This 3-D Printed Ovary Is A Game-Changer

3-D printing may still seem like something of a novel wonder of the future, but its practical uses are emerging right now — and promising even more potentially life-changing possibilities in years to come. Case in point: A major breakthrough in the field reported this week could offer hope to women and girls whose cancer treatments will leave them sterile or with conception difficulties. Researchers from Northwestern University's Feinberg School of Medicine and McCormick School of Engineering believe that 3-D printed ovaries may help women get pregnant one day, because they already successfully implanted the so-called ovarian bioprothesis in mice. Three of the seven who underwent the procedure gave birth to healthy pups, and were even able to nurse them.

The researchers, whose findings were published Tuesday in the journal Nature Communications, used 3-D printing to create a scaffold-like structure of gelatin that could be used to store immature eggs, according to CBS News. Once they replaced the mice's ovaries with this structure, the prosthesis was able to release eggs and even stimulate hormone production, which is why the mice were ultimately able to produce milk and nurse. This marks the very first time that 3-D printing has been used to build artificial ovaries for mice, according to The Guardian.

And if researchers are able to advance their research so that it one day has the same results in humans, it could be a game-changer for patients who must have chemotherapy or radiation treatments that can destroy their eggs or even cause early menopause.

Even though researchers got this to work on mice on their very first try, making it a reality for human women would, of course, be much more complicated. But it would also restore the hope of getting pregnant one day to young cancer patients, as study coauthor Monica Laronda told Wired:

We foresee this being especially useful for those pediatric patients who have a disease or disease treatment that would affect their ovaries. Prior to the detrimental effects of the disease or disease treatment we would isolate and freeze their ovarian tissue to preserve the follicles — potential egg cells surrounded by the steroid-producing cells — and then transplant them back in, within the 3-D printed scaffolds, once the woman is ready to conceive or requires hormone restoration.

The next step to getting to that point is to test out the method in larger animals to see how they fare, and whether they can live up to the amazing precedent that the mice set. There's no guarantee that it will work in humans, but CNN reported researchers hope that the next five years will see the construction of a human implant. The progress in humans will likely be slower, too: A human woman implanted with the ovary at first may benefit only from its hormone production at first, instead of being able to immediately get pregnant like the mice.

Still, this is heartening news for anyone who had struggled with infertility, and a testament to the wonders of science that it's possible at all.