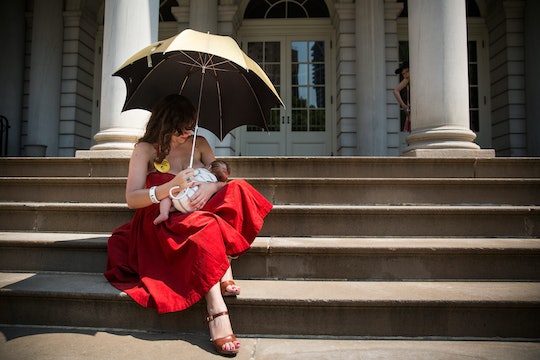 Breastfeeding is a beautiful, natural thing. A mother's milk comes chock-full of nutrients and antibodies designed to better baby. Science has been fascinated with breastfeeding for years, leading to a plethora of studies on the topic. Despite all of this research, there are some huge things we still don't know about breastfeeding.

Most women who have breastfed know how challenging it can be, and how little you typically know about it when you start feeding your first baby. As obstacles pop up along the way, new moms often look to other moms, lactation specialists, and the internet for answers to their questions, and often those sources prove invaluable. There are some breastfeeding questions, though, remain unanswered.

Common issues such as colic, allergy development, and the effects of pain medication on breastfeeding and lactation following birth are only partly understood, if at all. Without solid, evidence-based answers to these questions, we run the risk of forcing mothers to rely on rumor and hearsay without facts to back them up. Here's are three little-understood issues that are hopefully on scientists' to-study list:

Everyone expects babies to cry, especially newborns. For some new parents, it can feel like it's all they do. Any parent can share with you a slew of sleepless nights' stories caused by crying children. But newborns can cry more than they usually would as the result of colic. Parents reported that about 15 to 25 percent of all newborns are deemed "colicky."

Doctors and scientists have tried and failed countless times to assign a cause to colic. Suggested factors have included allergies to milk proteins and bacterial imbalances in babies' guts — with some doctors going as far as to say that colic is a chemical imbalance in some babies brains, according to The New Yorker. Many moms report colicky behavior following feedings, particularly associated with gas. Despite these theories and observations, we still don't know for sure how or if breastfeeding influences colic symptoms.

Along with important antibodies, breastfed babies also get their nutrition through their mother's milk. A little of what mom eats or drinks makes it to the mouth of her baby — which why doctors caution against drinking too much caffeine while breastfeeding. Another potential implication of these shared nutrients presents itself in the form of childhood allergies. Peanut allergies, in particular, have been steadily on the rise in the U.S. The New York Times reported that cases of peanut allergies have risen more than threefold, from 0.4 percent of the population in 1997 to 1.4 percent in 2010.

Scientists have gone back and forth trying to determine how breastfed allergens influence sensitivity in infants. In 2000, scientists warned pregnant and nursing women against eating peanuts, especially if allergies ran in the family. They found that trace amounts that reached the fetus or nursing baby could lead to an allergy later in life. More recent studies, however, hypothesize the exact opposite — researchers currently believe that infants could be desensitized by exposure to allergens. Conflicting results leave mothers unsure how exactly breastmilk influences likelihood of allergy development. Perhaps later studies will shed more light on why children are developing allergies with such frequency and how breastfeeding comes into play.

The question of whether to use an epidural and accompanying pain management medications or to give birth without one has been debated for as long as women have been given the choice. Complaints associated with medicated births include drowsiness, fewer memories of the experience, and a disconnection from reality (a good friend of mine was convinced she was being abducted by aliens while giving a medicated birth, true story). One additional question that is being raised concerning labor pain medications is how they impact lactation and breastfeeding.

It remains unclear exactly what the implications of medicated births are for breastfeeding, but there are some reasons to believe that labor medications can make it harder. For example, breastfeeding is largely dictated by the baby's behavior. According to a report by BREASTFEEDING MEDICINE:

Depressed or delayed suckling, which can be caused by medications given to mothers, can lead to delayed or suppressed lactogenesis and risk of excess infant weight loss.

Additionally, unmedicated, spontaneous births that result in immediate skin-to-skin contact have been shown to bring about more baby-initiated breastfeeding. Further studies on how pain medications impact breastfeeding and lactation would help mothers make informed decisions about what is best for them and baby.

Choosing whether to breastfeed a child — and whether to keep breastfeeding — can be tricky. That decision is made even more complicated by the number of unknowns floating around the issue. As we continue to study the miracle of motherhood, answers to burning questions such as these need more attention. Until then, as they say, fed is best.

More Like This
Can You Give A Sleeping Baby A Breathing Treatment? Experts Explain
When It’s Safe To Bring Your Newborn To A Restaurant, According To A Pediatrician
Can You Burp A Baby Too Hard? A Pediatrician Shares Tips For Gassy Tummies
Is It Good For Babies To Be Exposed To Germs? It’s Complicated