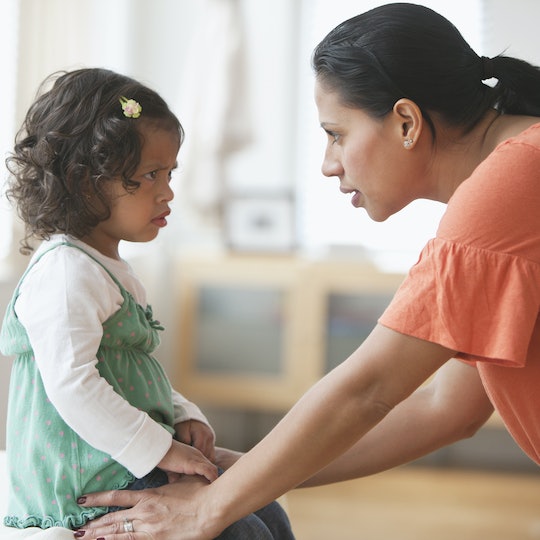 It seems like, these days, everyone has an opinion on everything. And when you're a parent, people are even more insistent about offering their often unsolicited opinions. As much as you may want to disagree and debate, it's difficult when its presented as well-meaning input from friends or family members. But when it comes to how you choose to raise your child, there are quite a few bits of outdated discipline advice that aren't worth listening to — and you shouldn't feel guilty for doing so. Though it might sound easier said than done, disregarding what anyone thinks about your child-rearing preferences is a surprisingly easy habit to adopt.

Long before your little one entered this world, you probably spent countless hours researching and reading all you could about which teaching methods and parenting styles were best for the needs of your family. But, like plenty of parents, sometimes your pre-baby plans don't always match up with your reality. And that's OK, too. It's totally normal for parenting to be a bit of a trial-and-error experience. Finding what works for you and your family takes time and consideration. So, if you're trying to sort through the overwhelming amount of discipline advice out there, here's what you can ignore.