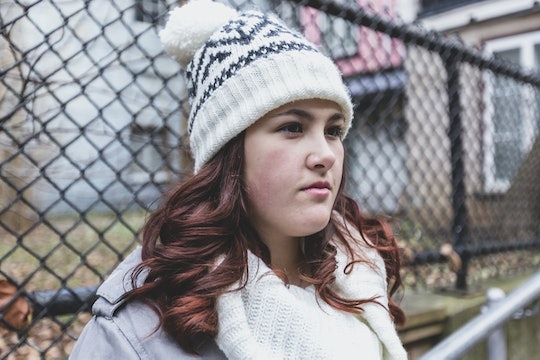 Almost everyone has to deal with some version of the winter blues. After all, the shorter days and gloomy weather are enough to make anybody a little bummed out. But for some people, these seasonal feelings of sadness are not just a minor thing. Seasonal depression, also known as seasonal affective disorder or SAD, is a condition that leads to symptoms of clinical depression that occur at the same time every year, often during the winter months. And it's more common than one may think. According to Psychology Today, around 10 million Americans suffer from SAD.

To learn more about this condition, I spoke with Dr. Kelly J. Rohan, an associate professor of psychology at the University of Vermont. She specializes in the study of adult mood disorders such as depression and SAD. In fact, she just published the results of a clinical trial comparing cognitive-behavioral therapy to light therapy for SAD, so she is on the forefront of research and treatment for this condition.

Overall, SAD is a not just a case of the mild winter blues, but a form of clinical depression that follows a seasonal pattern. Fortunately, there are many effective, well-researched treatments available to help combat this malady. Rohan explained the symptoms of SAD, how it differs from non-seasonal depression, and the best ways to treat it.

What Are The Signs of SAD?

According to Rohan, the symptoms of SAD include:

If this list sounds like you, Rohan suggests now would be a good time to seek advice from a qualified professional.

“Good treatments are available, so there is no reason to suffer in silence,” Rohan said.

What Are The Treatments For SAD?

Several effective treatments are available for SAD, including bright light therapy, medications, and cognitive behavioral therapy (CBT). As Rohan explains, these are evidence-based treatments that are effective ways to combat seasonal depression. Working with a trained professional is the best way to find the treatment tailored for your own needs.

Light therapy involves sitting in in front of a medical device that produces bright light (composed of 10,000 lux). Doing this on a schedule for a certain number of minutes each day may help trick your brain into thinking dawn is occurring sooner than it really is.

These powerful light lamps are available commercially, but Rohan recommends using this type of therapy under the guidance of a chronotherapeutics professional. It can be difficult for a layperson to figure out the best dose of light therapy. How many minutes you use the lamp each day, as well as what time of day you use it, may affect results. Also, side effects of light therapy may involve a change in sleep patterns, so working with a professional can help mitigate these effects.

Furthermore, the Mayo Clinic notes that antidepressant treatments may help those with SAD. In particular, antidepressants such as bupropion may help SAD sufferers. A trained professional can help direct you to the best form of treatment.

Rohan just completed a randomized study of 177 adults with SAD. Participants received either six weeks of light therapy or CBT treatment. Initially, both treatments worked very well, but when researchers followed up with the participants two years later, those who received CBT had fewer recurrences of SAD.

“This is good news for SAD patients,” Rohan said. “It suggests light therapy isn’t the only way.”

Overall, if you seem to have symptoms of SAD, you can reach out to a professional for help. With the many options for treatment, the winter blues can be beaten.