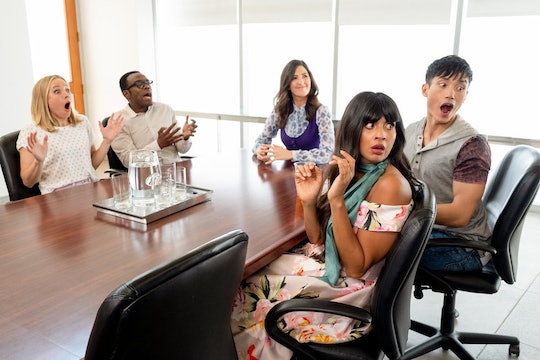 Actual fact: The Good Place is one of — if not the — best shows on TV right now. It’s got the humor of the rest of Michael Schur’s comedies (Brooklyn Nine-Nine, Parks & Recreation, and the U.S. adaptation of The Office on which he worked as a writer). But there are also twists and turns you never see coming which is why theories about The Good Place are rampant on the internet.

This is a series that takes place primarily in an afterlife that is calculated by a points system. There are frequent conversations about ethics. And there’s a romance between an Alexa-like bot in human form and a deceased hip-hop dancer from Florida — and it’s beautiful, to be honest. Clearly, when I try to explain it, it makes no sense, but anyone who’s seen The Good Place is likely obsessed and ready to talk theories. If you’re not, go watch Seasons 1 through 3 immediately, then come back (it will probably take you like, two days maximum).

Both the problem with The Good Place and what makes it so great is that they can really go anywhere with this show. Nothing is off limits. And with the Season 3 finale finally here, there’s no doubt that this bumpy roller coaster is about to take another sharp turn. Here’s where I think they might go next: