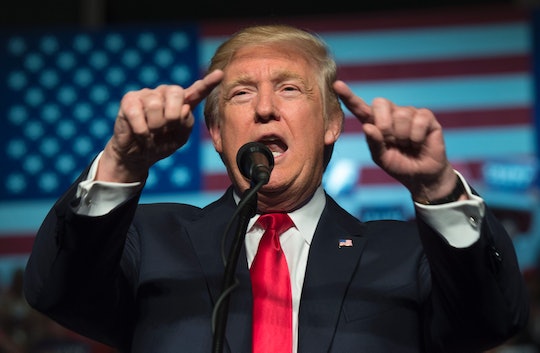 For those crestfallen Hillary Clinton voters, trying to convince members of the Electoral College to somehow change their pledged votes to a different candidate has become the last-ditch hope of keeping Donald Trump from becoming the 45th President of the United States. But there is no indication that is going to happen or that enough electors could be swayed to change the expected outcome. So for those still looking for something, anything, they can do to stop what's happening, here are three things to do instead of call electors to resist during an inevitable Trump administration.

You have to have some sympathy for members of the Electoral College. The Associated Press reached out to as many individual electors as it could in the days leading up to the Electoral College vote on Dec. 19, and they are being inundated with emails, phone calls, and letters begging them not to support Trump. But remember, electors are hand picked by state political parties specifically because they're loyal to their candidates, as the National Archives pointed out. These aren't people who are going to be swayed from what they view as a sacred duty. And based on the AP's reporting, it doesn't look like this year's crazy election is going to be enough to change hundreds of years of history and tradition.

Here's what Texas Republican elector Rex Teter had to say about all the pressure to change his upcoming vote:

Some have been very personal letters. Some threatening. One was very funny. They view President-elect Trump as a threat so it's personal for them, and I can empathize. But I'm not changing my vote as an elector.

Another important detail the Trump opposition might want to keep in mind is that, if no one candidate gets the required 270 electoral votes, the president is determined by the House of Representatives, which is Republican controlled, and would simply vote in the majority to install the Republican nominee, the Washington Post reported.

Instead of continuing to fight in vain to keep Trump from assuming the office of President by calling and pressuring electors, who are bound by duty to vote for their candidate, here are some things you can do to push back against Trump's more radical policies.

If you're concerned about Trump's campaign pledges to have large-scale deportations, grassroots organizers, according to Salon, say trying to sway the Trump administration is a waste of time. Instead, activists suggest, it's time to focus on the local level by expanding sanctuaries to include schools and churches. Additionally, people can join rapid response groups forming across the country who are ready to show up at people's houses as ICE forces conduct raids and roundups to protest and document their actions. Look for groups in your area acting locally to protect the immigrants most vulnerable to mass deportations, and if you can't find any, build your own.

2. How To Resist Trump's Pledge To Roll Back Reproductive Rights

During the campaign Trump vowed to appoint Supreme Court Justices to overturn Roe v. Wade and said he supported punishment for women who get abortions and according to The Guardian. Now, in the wake of his election, women's rights activists are preparing for a tough fight. Support groups like NARAL and Planned Parenthood, who are on the front lines of protecting women's reproductive rights, and maybe even consider joining the nearly 100,000 women planning to march on Washington D.C. on Jan. 21, the day after Trump's inauguration, to protest his anti-women's health policies, according to The Guardian.

3. How To Fight Back Against Trump's Racist Rhetoric

In the days after the election, the Southern Poverty Law Center saw a huge spike in race-related hate crimes, from kids chanting "Build a Wall" at Hispanic children in a school cafeteria, to a black person having "911 n*gger" scrawled on his apartment, to a woman who was told by a man on the street was was going to "beat her p*ssy," according to the SPLC. It's clear Trump has, through saying some Mexican immigrants are rapists and drug dealers before admitting "some" are "good people," encouraged America's racists to crawl out of the shadows and into everyday life. LGBTQ communities are being threatened, according to the SPLC.

Pretty much anyone who isn't a white man is living in real danger now that Trump has used the presidency to sanction racist and sexist language. It's the Southern Poverty Law Center that monitors the activities of hate groups and extremists, and wages the legal fights for justice and civil rights in this country. Support SPLC and other organizations like the American Civil Liberties Union who have some of the best and brightest minds keeping watch over the country's most vulnerable communities and holding the government accountable for everyone's safety. Additionally, people can just speak out if they hear racist language or see someone being targeted in a hate crime. (An artist even created this helpful graphic of what people can do if they witness Islamophobia or another hate crime.)

Pressuring electors isn't going to be enough. If you want to fight Trump and his proposed policies, it's time to start thinking in terms of how to resist the power of the White House, Congress, and Supreme Court, all at once. Elections have consequences, and perhaps this one more than any other in modern history.