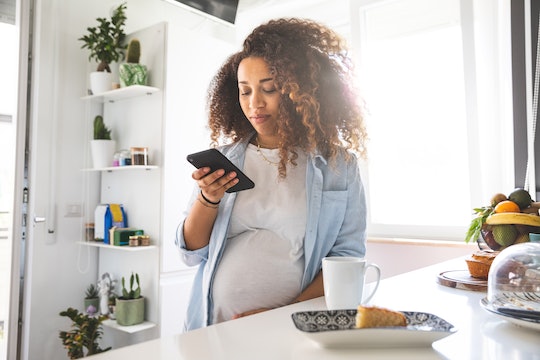 3 Top Theories About What Causes Labor To Start

Although there are plenty of hypotheses regarding labor and delivery, no one really knows what triggers labor. It's one of life's mysteries, I suppose, and a pretty vital one at that. That being said, there are top theories about what causes labor to start.

Sure, it's nice to be surprised by water breaking, but wouldn't it be nice to know what causes you to go from pregnant to parent in a matter of minutes (OK, more like hours)? Unfortunately, there’s really not one singular trigger responsible for starting the process, as Taraneh Shirazian M.D., OB/GYN at NYU and founder of Mommy Matters tells Romper.

“Immunoproteins get released that start ripening the cervix, that little bit of dilation triggers contractions, then those contractions trigger a whole cascade of events,” she explains.

As the website Midwives Online reported, the medical community traditionally believed that the mother's body caused labor to start. However, there's been a shift in thinking more recently which suggests it's the baby sending those signals to the mother's body. In other words, think of the baby acting like a timer letting you know the bun in the oven is ready.

Even though each pregnancy and birth is different, there are always three stages of labor, noted Baby Center. Labor begins with the dilation of the cervix as it begins to open. This is called early labor. You then move into active labor, when the cervix is fully dilated and contractions come frequently. Finally, the third stage of labor begins when you start to push, and you deliver your baby and placenta. That's all pretty straightforward. But as for what causes labor to start in the first place, read on to discover some of the top theories.