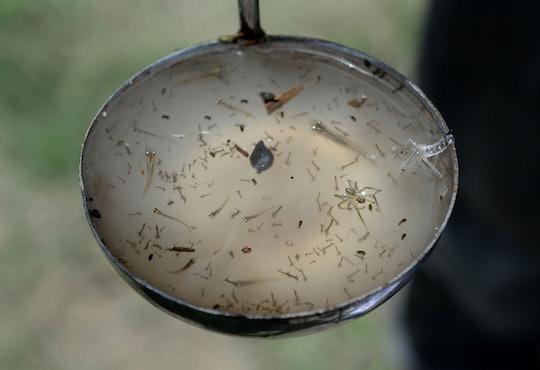 The first time many heard about the Zika virus was in late 2015, after an isolated outbreak in the northeastern states of Brazil became a rapidly spreading epidemic. Before long, Zika had infected millions of people in more than 45 countries, and while most of these Zika patients contracted the virus after being bitten by infected mosquitos, there are other ways the disease can be transmitted. In fact, aside from mosquitos and sex, there are three known ways to catch Zika: mother-to-child, through a blood transfusion, or through laboratory exposure. But before getting into the specifics of how Zika is transmitted, one must first understand what Zika really is and how the virus works.

In short, Zika is an RNA virus — or a virus that is stored on, and affects, RNA. Because the virus is associated with RNA, the virus can live not only in blood, but in other bodily fluids where RNA is present. But what does this mean for transmission? Well, it means Zika can be transmitted numerous ways.

Of course, as Peter Jay Hotez, MD, Ph.D., dean of the National School of Tropical Medicine at the Baylor College of Medicine in Houston, explained to Everyday Health, the most common means of transmission occurs when “a person [is] bitten by a mosquito that has the virus...[and then] they get bitten by another mosquito, which then passes the virus along.” Or, in layman's terms, Zika is spread when a female Aedes aegypti mosquito bites a Zika-infected person and then passes the virus on to those individuals it bites afterward. However, Zika has been detected in semen, vaginal fluids, saliva, urine, and breast milk, and according to the CDC, sexual transmissions have been confirmed. But if Zika is present in so many bodily fluids, how does one know what is safe or isn’t safe?

What other confirmed ways have Zika-infected individuals contracted the disease?

While it is unlikely for a woman infected with Zika to pass the virus onto her unborn child during labor and delivery, the Zika virus can cross the placenta and infect a fetus during any stage in pregnancy. In fact, according to Consumer Reports, this type of congenital transmission can happen during any trimester, and if a fetus does in fact contract the Zika virus, the outcome can be devastating. Zika is a known cause of microcephaly and other fetal brain defects, according to the Centers for Disease Control and Prevention. However, the good news is that — to date — there are no known cases of infants contracting Zika through breastmilk and/or breastfeeding.

Since Zika lives in RNA, and is present in — well — all living cells, it make sense that the virus can be transmitted through blood transfusions. However, while there have been multiple reports of blood transfusion transmissions in Brazil, as of February 2016, there were no known cases of transfusion transmissions in the United States. That said, If you’ve recently traveled to a Zika-infected country, the American Red Cross is requesting that you refrain from donating blood for at least four weeks.

While it is highly unlikely a person would contract Zika in a laboratory setting — according to the CDC, only four cases of laboratory-acquired Zika virus infections have been documented in history — it has happened. However, it is worth noting that how the Zika virus was transmitted in these cases remains unclear, and laboratory transmissions are not common.

That said, researchers are learning more about Zika each and every day.

For the most current information about Zika, the transmission of Zika, and what is being done to prevent the disease, follow the Centers for Disease Control and Prevention, the Pan American Health Organization, and/or the World Health Organization.