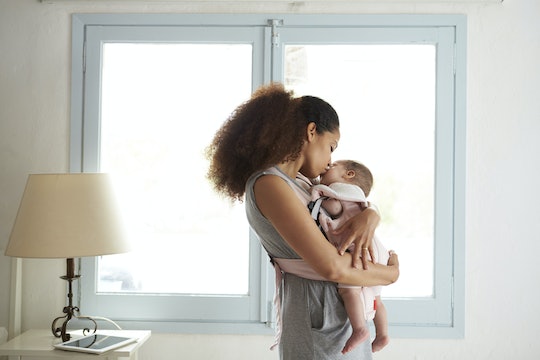 Early analysis of the Republican tax code is in, and it doesn't look good for children. While wealthy people and corporations can look forward to tax cuts, that money has to come from somewhere, and it's looking like kids will pay for Trump's budget cuts more than anyone else. Programs that support children's health, nutrition, housing, education, and more will be cut in favor of defense spending and interest payment on the deficit, according to a report by the Urban Institute, a Washington, D.C.-based research group.

Social Security, Medicare, Medicaid and interest payments will account for about 90 percent of the estimated $1.5 trillion increase in the federal budget over the next decade, while spending for children's programs will only increase by about $20 billion, or one cent of every dollar of the total budget. And most of that money is going into kids' Medicaid, which means even less for the remaining programs, according to CBS. While school-aged children have their states to fall back on (to varying degrees,) young and needy kids currently depend on the federal government for a variety of services. The 2016 budget only allotted 10 percent to kids, and by 2027, that number will dwindle to just 1 percent. Here are some of the programs that will suffer:

In order to encourage states to expand health care coverage for children, the federal government offers funds matching through CHIP at a higher rate than Medicaid. States can choose to use these funds to expand Medicaid for kids, or use it for a separate program. The Congressional Budget Office reports that in 2016, the federal CHIP budget was $14 billion. By 2027, the program will only get $6 billion. And that's only if Congress finally gets it together and reauthorizes the funding; the deadline passed over a month ago, and according to the Kaiser Family Foundation, since states had already been counting on that money for 2018, most will run out of money by March.

Administered by the U.S. Department of Agriculture, SNAP helps low-income families pay for healthy food like cereal, vegetables, milk, meat, and even seeds so they can grow their own food. CBO analysis estimates that the program's budget will be slashed by $2 billion in 2027 (though it will be gradually reduced over time until that large cut). According to the Center of Budget and Policy Priorities, nearly 20 million children, or one out every every four, currently rely on SNAP. Kids account for 44 percent of all SNAP recipients, and their parents make up an additional 21 percent. Kids need food, and they need parents, in case that wasn't clear.

This program, created in 2010 as part of the Affordable Care Act, provides at-risk pregnant women and families with resources and education on prenatal health, breastfeeding support, parenting skills, and more. The median age of the mothers served is 23, with more than one-third of them under 20. More than one-quarter of them have experienced intimate partner violence, and one-third have substance abuse problems. Nearly 30 percent have little education, 40 percent have mental health issues, and more than half of them are raising their children alone. These women, and their innocent kids, need all the help that they can get. The program they're depending on has a $377 million budget for 2017. In 2018 (and every subsequent year), it will be completely defunded, per the CBO report.

It's infuriating to see the Trump administration prioritize tax cuts over all, but it's even more disheartening when you know exactly how he plans to do it; he's taking money from those who need it most and handing it to billionaires, like some sort of reverse Robin Hood. How will parents, particularly those how voted for Trump, explain this to their children?