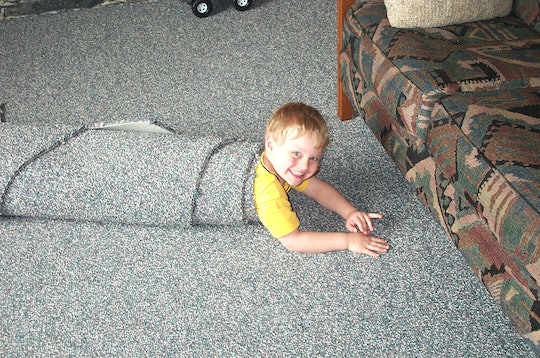 Ah, the joys of parenthood. Being a mom is probably the only job that requires you to balance a toddler in one arm and simultaneously clean smeared tomato sauce off the ceiling with the other. When it comes to taking care of your kids, daily occurrences can often times feel as if they're straight out of a horror movie. Thankfully, what makes the job seem a little easier is knowing that you're never alone, and that there are other moms dealing with the same shenanigans as you. And that's especially clear when you dig through the plethora of funny parenting tweets.

Don't get me wrong. The majority of the time, most moms and dads agree that being a parent is awesome. However, right after your 1-year-old son has a meltdown because you won't let him use your iPhone as a teething toy, you begin to daydream about the days where the majority of your clothes were free of any major throw-up stains, and the nights you were able to sleep for more than 4-and-a-half hours at a time.

Parenthood is no doubt extremely difficult, but it can be refreshing to laugh at the hardships that the job entails. These tweets will remind you that you aren't the only mom undergoing the tantrums, trials, and triumphs that you're forced to deal with each and every day.