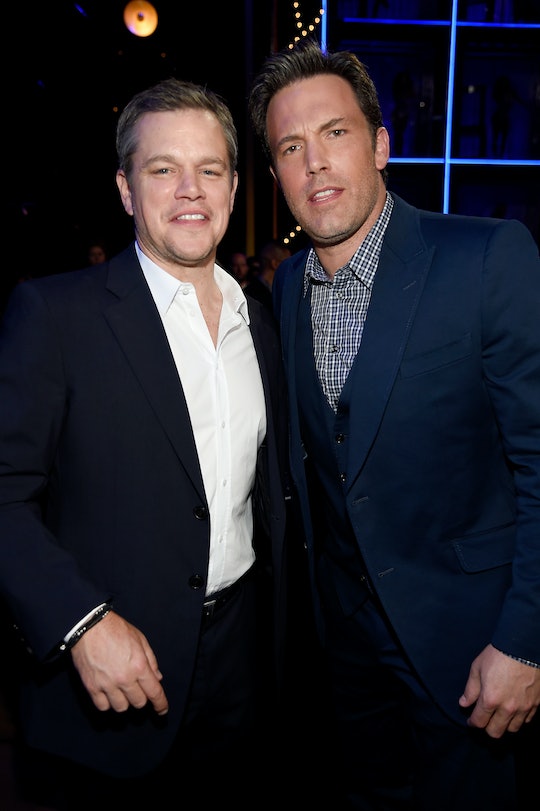 32 Celebrities That Lived Together Before Scoring A Hollywood Mansion

While getting your start in life, having a roommate is pretty much a rite of passage. Whether you're in college and your roommate has been assigned or you've taken on a Craigslist housemate to help cut the costs, roommates are people you never quite forget. So it's no surprise that there are plenty of celebrities that have lived together during the throes of their younger years while trying to break into the business. As you know, those entry level jobs don't always pay you enough to live in a pad that's all your own. And neither do small parts in Hollywood.

From college roommates to Hollywood flophouses, the following celebrities were roommates at some point or another. Some by choice, some by assignment. Regardless of how they got together, they shared a fridge, a living space, and probably have some really, really epic dirt on one another's habits from the younger years. Because roommates know just about everything there is to know about one another, even if they're not best friends. So close your eyes and try to imagine these celebrities walking around in their pajamas together, sharing a humble domain. Because once upon a time, it totally happened.

More Like This
Meghan Markle Calls On Men "To Be Vocal" In The Aftermath Of Roe v. Wade Ending
Elmo Talks About Getting His Covid Vaccine In A Cute New Video
Sea Monsters, Pandas & Everything Else Coming To Netflix In July 2022 For Families
Yellowstone Season 5 Officially Has A Premiere Date