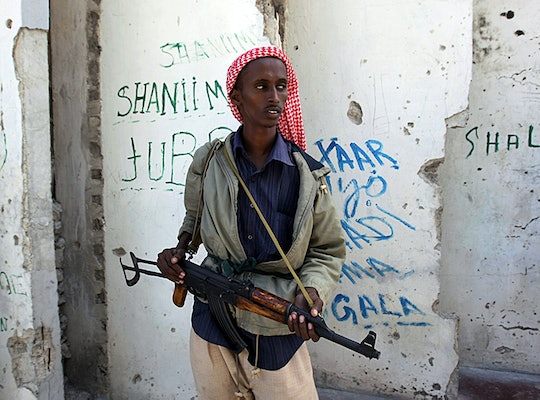 A grisly attack in the Democratic Republic of Congo is a sobering reminder of the plight of the people of this African nation, who have endured violence at the hands of terrorist rebel groups since the 1990s. Reuters reported Sunday morning that at least 36 civilians were killed in the Democratic of Congo's eastern city of Beni Saturday, when murderers believed to be associated with the rebel group called Allied Democratic Forces hacked them to death both in their homes and in their fields.

The scale and the level of brutality implicit in the massacre is deeply unsettling news, but for the people of the region were this Ugandan Islamist militia is active, it is not unprecedented. Local activists estimate that the ADF has been responsible for the deaths of more than 500 civilians in the area since October 2014, according to Reuters, and one official told the outlet that the death toll may be as high as 50 in this most recent tragedy.

"It's worrying because the president of the republic came here and then we were massacred," local civil society leader Gilbert Kambale told France 24, referring to Joseph Kabila's recent visit to the region, during which he assured locals he would work to infuse peace and stability there.

But the country has been enmeshed in war for more than 20 years, and the ADF has terrorized the people there since 1996, as well as joining dozens of other armed forced in exploiting mineral reserves. The ADF has distinguished itself from other others with its signature, heinous move of hacking civilians to death with machetes as it vies with the others for "territory and supremacy," according to a December 2015 Newsweek article. In November, for example, seven civilians, one United Nations peacekeeper, and four soldiers were among the 24 dead in a battle between the group and legitimate forces. BBC News confirmed that the civilians had been hacked to death.

Hunger and disease have also plagued Eastern Congo as a result of regional conflict, and the dire situation killed millions there between 1996 and 2003, according to Reuters. Insufficient intelligence, coordination, and resources has exacerbated the problem and thwarted the efforts of the Congolese army and the U.N. peacekeeping force to promote order and safety.

Newsweek also reported that a disagreement between the Congolese army and the U.N., which demanded that two generals accused of human rights abuses be removed, last year created a point of weakness and allowed the ADF the opportunity to increase the scale of its attacks. "The ADF is really making the most of this weak relationship between the U.N. and DRC at the moment,” Phil Clark, who lectures in comparative international politics at the University of London's School of Oriental and African Studies, told the magazine "They see this as an opportunity to grab territory before that relationship is rebuilt."

Although the disagreement was remedied and coordination has now resumed, the snafu is emblematic of the challenges of keeping the Congolese people safe from rebel group is such an unstable country. Saturday's murder of many people in their own homes in the price they are paying in this uncertain, war-ravaged landscape. Unfortunately, these fatalities are just the latest in the rising body count that's a direct result of this constant struggle.