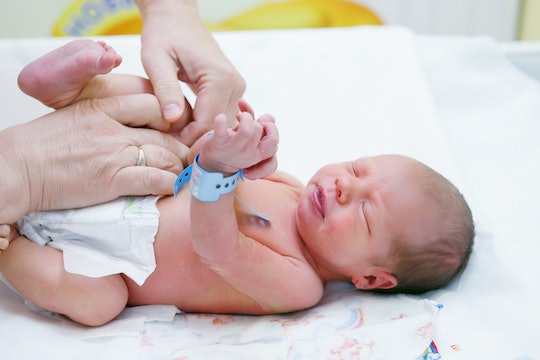 A growing number of anti-circumcision fringe groups known as "intactivists" are growing increasingly noisy, causing parents to question whether a longstanding cultural tradition might not be in the best interests of their sons. If "male genital mutilation," as these groups refer to it, is so harmful, surely there must be several countries where circumcision is banned, right? While such laws have been enacted and later repealed throughout the world, there's currently no nation that outlaws the practice, although there are a handful of local laws regulating it. Most recently, a ban has been suggested in Iceland, according to CNN, but it's too soon to tell if that will actually happen.

Such bans are considered an affront to religious freedom by Islam and Judaism; a joint statement by the Jewish community leaders of Denmark, Norway, Finland, and Sweden points out that no Jewish community currently exists in Iceland, and the law would be an "effective deterrent" against one ever being established.

But religion isn't the only reason that parents choose to circumcise their sons; according to the World Health Organization, circumcision reduces the risk of HIV infection by about 60 percent, and it's recommended as a preventive measure in areas with high infection rates. Reduction of HIV infection risk is the most compelling and well-documented benefit of circumcision.

In the United States, there's no federal law explicitly banning or legalizing circumcision, but a couple of localities have weighed in. After a circumcision ban nearly made it onto the ballot in San Francisco in 2011, California Gov. Jerry Brown signed a bill preventing local governments from enacting such laws, according to SFGATE. In New York City, an obscure ritual during which mohels suck the blood off of newly circumcised babies' penises has led to several cases of herpes infection, causing the board of health to require consent forms, but that was later repealed, the New York Times reported.

There are four countries that have enacted laws governing the who, why, where, and how of circumcision. In Australia, it's banned at public hospitals, but it's legal to have it done privately, according to The Guardian. In Germany, it can be performed by "specially qualified members of religious communities" for boys under 6 months, after which it must be performed by a doctor, according to Der Spiegel. Sweden requires a doctor or nurse to be present during circumcision, and mandates the use of anesthesia, according to the BBC. The most restrictive country is South Africa, which prohibits circumcision for boys under 16 except for religious or medical reasons, and requires consent for boys over 16.

Circumcision opponents argue that non-consensual body modification done for aesthetic or religious reasons violates a child's right to bodily autonomy, like piercing or tattooing an infant would. A baby can't give consent what is a major body modification.

However, comparing circumcision to female genital mutilation is akin to comparing apples and appendectomies. Pediatric Bioethics expert Dr. Douglas Diekema told ABC News that "the anatomic female equivalent of the male foreskin is the clitoral hood," and "the male equivalent of [FGM] would be removal of the penis with or without the scrotum." Of course, removing a baby's clitoral hood for personal, non-medical reasons would also be a violation.

While some anti-circumcision activists claim that the practice can cause psychological harm or reduce penis sensitivity, a meta-analysis of 36 studies on the subject found that it has "no adverse effect on sexual function, sensitivity, sexual sensation, or satisfaction."

And according to the American Academy of Pediatrics, circumcision helps prevent urinary tract infections, penile cancer, several sexually transmitted infections, including HIV, which far outweighs the risk associated with the procedure, and newborns experience far fewer complications following circumcision than older children or adults. Though it's worth noting that penile cancer is incredibly rare in the U.S., so the risk reduction is very low, according to The New York Times. And, circumcision has only been found to reduce the risk of syphilis or chancroid, according to the Times, while its ability to reduce the risk of herpes is less well-documented.

"The procedure is well tolerated when performed by trained professionals under sterile conditions with appropriate pain management," the AAP concluded. Ultimately, the AAP advises parents to make their own informed decisions on the matter, because it all comes down to what your values are, and how you feel after talking about the benefits and the risks with a trusted physician. It doesn't look like U.S. lawmakers will be enacting legislation anytime soon.