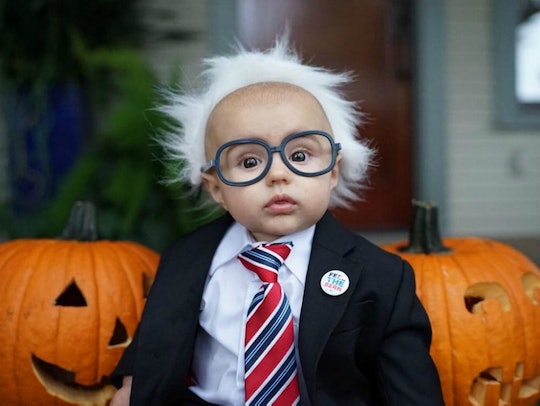 Is your head spinning from all of the election coverage? Do you have uncontrollable guttural reactions while watching the debates? Is there a particular candidate that you wish was still in the running? There are a lot of voters who backed Vermont Sen. Bernie Sanders in the primaries, and they miss him now more than ever. If you fall into this category, there are some funny Bernie Sanders Halloween costumes that you can wear this year to show your friends and neighbors that you still feel the Bern.

According to AM New York, before losing the democratic nomination, Bernie Sanders had several celebrity supporters which included Shailene Woodley, Rosario Dawson, Spike Lee, Neil Young, John C. Reilly, Miley Cyrus, Danny DeVito, Mark Ruffalo, Josh Hutcherson, Belinda Carlisle, Vampire Weekend, Will Ferrell, Justin Long, Susan Sarandon, and Jeremy Piven. Bernie supporters felt that he is courageous and levelheaded in times of crisis. Not to mention consistent. They liked that he doesn't take money from corporations, and has been a supporter of LGBTQ causes. Unfortunately, those qualities weren't enough to win the nomination.

If you are still feeling the Bern, here are some Bernie Sanders Halloween costumes you and your family can try out this year.