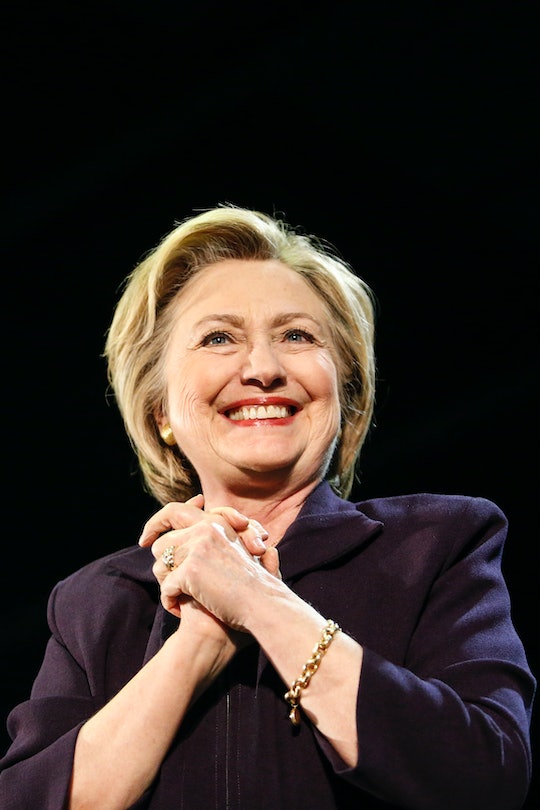 Love her or hate her, former Secretary of State Hillary Clinton will most likely be the Democratic contender in the United States presidential election. You may think that electing a female president is one of the most pro-female moves you could make. Alternately, you could be in the camp that believes Clinton's stance on feminist issues matters more than her gender. Regardless of where you stand, if Hillary Clinton picked a feminist vice president, she'd certainly win a few more votes from both bands of feminists. Luckily, there's a few potential second-in-commands out there that Clinton could pick to boost her feminist cred.

One dream vice president pick would be Elizabeth Warren, a badass feminist who has been quietly working away to improve women's rights. In 2015 alone, she tried to pass the Equal Rights Amendment, which would equally protect both genders by law, defended Planned Parenthood against the GOP, and opposed a Republican 20-week abortion ban in the Senate. Warren has repeatedly said she doesn't want to be president, and, in all likelihood, she'll probably stay in the Senate where she can wield direct influence over the causes she cares about. Still, a girl can dream, and Warren would be a dream pick to add to Clinton's ticket.

A second great option for Clinton's running mate? Why, none other than the only other person still running against her in the Democratic primaries, Vermont Sen. Bernie Sanders. A large portion of young feminists have flocked to Sanders, who, according to Newsweek, represents democratic socialist feminism. Sanders has campaigned for equal pay legislation, wants to make healthcare and childcare available to all Americans, advocates for paid maternity leave, and wants minimum wage pushed to $15. Sanders might not make it to the presidency, but he could still work on those issues as vice president.

Minnesota Sen. Amy Kobluchar would also make a strong feminist pick. During her time in politics, she's held a strong pro-choice stance, voted to reauthorize the Violence Against Women Act, and cosponsored the Family and Medical Leave Act. Klobuchar favors legally requiring the hiring of women and minorities, and she would also like to increase funding and services for victims of domestic violence.

Finally, Labor secretary Tom Perez would be a good running mate choice for Clinton. In the past, he's said that the federal minimum wage "sucks," and worked to increase access to overtime pay, which would help women in low-income jobs. He has increased focus on persecuting hate crimes, investigated police misconduct, and championed civil rights. He's less well-known than the other vice presidential picks out there, but he'd be a strong feminist contender for the role.

Clinton may not have been everyone's first Democratic feminist pick for the presidency, but with a strong second-in-command, Democrats could be looking at a fairly strong ticket. (Can you imagine a Clinton-Sanders ticket?) Seeing a woman make it to the White House would be fantastic, but it'd be even better to see her get there with a strong feminist backing her up.