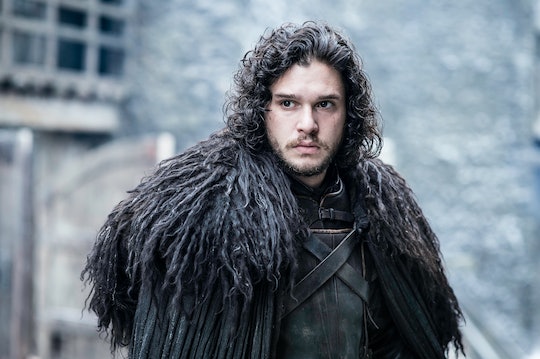 One of the most intriguing (and at times frustrating) characters on Game of Thrones is resident heart throb, Jon Snow. In season six, viewers found out that Jon Snow wasn't actually Ned Stark's bastard child, but a much bigger player in the seven kingdoms than anyone could've guessed when he was first introduced to viewers all those years ago. To pay homage to just how far Jon Snow has come, why not consider one of the many Jon Snow costumes for babies to show off your love of the North, the Night's Watch, and Lyanna's legacy?

Though Jon's style has not changed all that much throughout the series (I mean, what can you really change up when you're huddling up for body heat in the North, at the wall, or north of the wall...), with a little bit of imagination and some adorable accessories, your baby can get dressed up as a number of Jon Snow's most memorable moments. Whether you're a fan of innocent Jon Snow before the world at war ruins him or you prefer your Jon Snow a little bit weathered after several near-death encounters, there's a Jon Snow costume for your baby out there that you can easily put together to impress your neighborhood Game of Thrones fans. Without further ado, pick a Snow, any Snow, and get ready to discuss your theories for next season all night long.