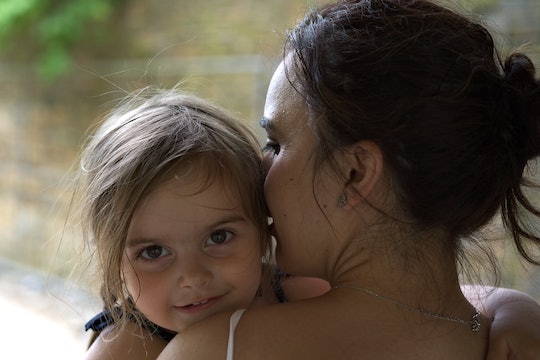 4 Laws That Are Proven To Hurt Single Moms

Single parenthood is hard. You have to work and raise a family, often times with little help from your friends and loved ones. It's a juggling act of epic proportions that can be made worse by outside circumstances out of your control. Take, for example, state and federal legislation. Lawmakers have passed bills that have caused harm to single parents, particularly those living in poverty. In fact, here are four laws that are proven to hurt single moms.

These laws weren't intended to harm single parents. But intent, as they say, isn't magic. These four pieces of legislation have made it more difficult for single moms and single dads to survive and thrive as they hold a job, take care of their children, and tend to other responsibility. Former President Bill Clinton's welfare reform, for example, helped pushed single mothers further into poverty because of its restrictions on benefits and impossible standards. The Family and Medical Leave Act, though important, doesn't do anything to offset the instability of taking unpaid time-off. And the federal code on the distribution of collected support takes away much-needed child support that could lift a single parent out of poverty.

But that's just the start of it.

All anti-abortion laws hurt single parents who may not want or cannot afford another child. But the Hyde Amendment is particularly harmful to single mothers living in poverty. Passed in 1976, the Hyde Amendment blocks Medicaid and other taxpayer-funded insurance from paying for abortion services. Single parents enrolled in Medicaid who want and need an abortion then have to shoulder the out-of-pocket costs, which could cost thousands of dollars if you also live in a state that has severe restrictions on abortion access. And the decades-old law hurts poor single parents the most because it forces them to carry an unintended or nonviable pregnancy to term. Not only does that threaten their financial security, but it also puts their health in danger.

More than 20 years ago, Clinton signed into law the Personal Responsibility And Work Reconciliation Act, transforming the country's entire welfare system. The legislation created the Temporary Assistance for Needy Families — or TANF — a block grant program that imposed work requirements and limited benefits. Clinton saw his welfare reform law as "a springboard to self-sufficiency through employment," the Atlantic wrote, but it was anything but. Instead, according to the Center for American Progress, TANF caseloads have declined significantly, and the constraints of the TANF program has made it harder to serve poor families in need, most of which are single mother-led households. That means more single mothers are likely to live in poverty today than before welfare reform.

The Family And Medical Leave Act

The Family and Medical Leave Act is a catch-22 for single parents. On the one hand, the FMLA is necessary legislation: Under the federal law, workers receive up to 12 weeks of leave to care for a new child, help a sick loved one, or recover from a serious illness. But those 12 weeks are unpaid, which means single mothers who need time off — but cannot afford to take three months or even one day without pay — are forced to choose between taking care of a sick baby or getting fired from her only means of income. A single parent who takes leave without pay risks their economic security, and can easily slip into poverty. That, in turns, creates stress and strains their and their family's mental and physical health.

Being a single parent is difficult as is. But these laws make it significantly harder to take care of a family and yourself while also holding down a job. If single parents are to move out of poverty, the government first needs to lift them — not hold them down.

More Like This
New Report Shows 80% Of Pregnancy-Related Deaths Are Preventable
How To Help Families Impacted By Hurricane Ian
Kids With Head Lice Don't Need To Miss School, AAP Stresses In Updated Guidelines
What Parents Need To Know After DEA Issues Warning About "Rainbow Fentanyl"