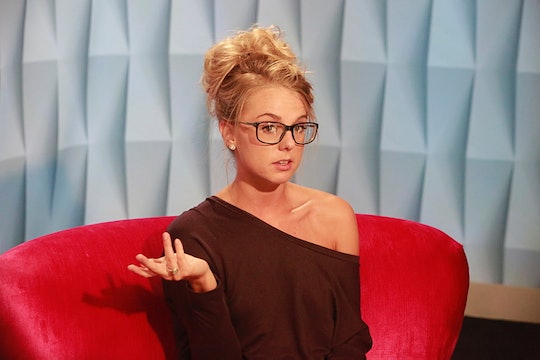 Oh how the mighty have fallen. Nicole, who returned to the Big Brother house this season after being a contestant in Season 16, is not having the best week. Although Nicole has secured herself with the power player of the house (Paulie) her lies have gotten her into trouble with Da'Vonne. Nicole was already revealed to be playing both sides of the house, jumping between Da'Vonne and Frank a few weeks ago when Michelle told Da'Vonne that Frank said he was working with Nicole. On Sunday night whatever friendship Nicole and Da'Vonne may have had was officially ruined and Nicole could be in danger of leaving the Big Brother house next week.

During the head of household competition, which was an endurance test, the last three standing were Bridgette, James, and Da'Vonne. Both Bridgette and Da'Vonne refused to lose to each other and in effort to end the comp Frank told Da'Vonne that Nicole told him Da'Vonne was trying to get him out. Da'Vonne then called out Nicole in the middle of the game who quickly denied Frank's accusations but Da'Vonne didn't believe Nicole. Although Nicole isn't the target this week Da'Vonne now has her eyes set on Nicole. Here's just a few reasons why Nicole should watch her back.