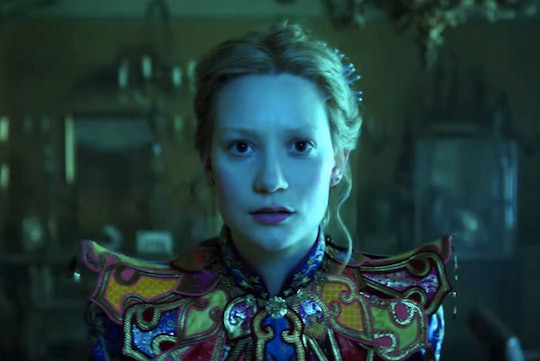 It's been a long time coming since the first in the new Alice in Wonderland film franchise was released in 2010. Now, half a decade later, the sequel is finally upon us. Alice Through the Looking Glass is out this weekend, and parents across the country can reasonably expect their little ones to tug on their sleeve and ask to see it immediately, pretty please. While there are plenty of things to consider before giving them the "all clear" to attend, there are also plenty of reasons you should take your kids to see Alice Through the Looking Glass.

Of course, most kids who watch any of the previously released trailers will undoubtedly want to attend. And who can blame them? Alice Through The Looking Glass takes place in a bright wonderland with talking cats, madmen in hats, and comical twins named Tweedle Dee and Tweeddle Dum. And not only is there a good queen, but a bad queen too, just like The Wizard of Oz. This is pretty much the stuff that kids' dreams are made of. Plus, the character of Alice, played by Australian actress Mia Wasikowsa, will be older and more relatable as a character for adult viewers in Looking Glass, which takes place several years after the first film left off.

As a parent, though, it's necessary to pick and choose between the five zillion movies that the kids are constantly begging to see. Reviews for the film have so far been mixed, so it may not exactly go down in history as a critical success (although Disney fans' hopes are high). If you're on the lookout for reasons to take the kids to Alice Through the Looking Glass despite these iffy reviews, look no further. There are still plenty of valid reasons kids should see this film (and Johnny Depp is just one of them).