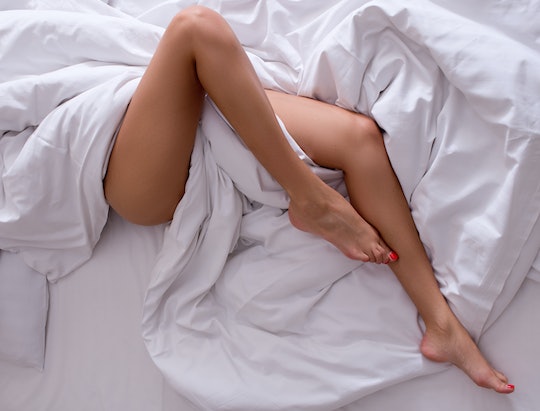 4 Sexual Fantasies That Mean Your Libido Is Returning

There are many times in your life where you might experience a lower sex drive. Maybe you've just had a baby, just started new meds, or you've just taken your first job in politics. No matter the reason, you're just not as into it as you used to be. The signs that you might be turning a corner, and your libido once again might be creeping back into your life, can be difficult to recognize after they've been away for so long. Often, they begin in your imagination. For instance, these four fantasies that signal your sex drive is returning are remarkably easy to overlook.

Everyone has fantasies, noted a study completed by the American Academy of Sleep Medicine. Researchers found that, in general, most people report that sexual activity makes up about eight percent of the dreams that they are able to remember the next day. The content, quality, and frequency of fantasies, both waking and sleeping, vary with external influences such as quality of rest and things like hormones and mood, according to Frontiers in Psychology. Interestingly enough, researchers at the Department of Personality, Evaluation, and Psychological Treatment of the University of Granada found that having fantasies increases one's libido, and that the reverse is also true: an increase in libido means an increase in fantasies.

But what fantasies might signal a return of a lagging sexual need?