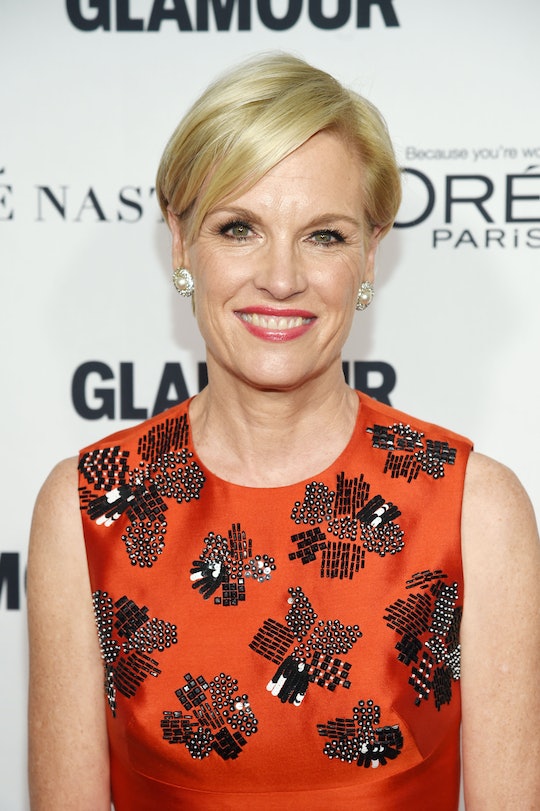 It was an awesome year for women, you guys. All throughout 2015, women dominated the headlines (for the right reasons), although one in particular had us rooting for her through hashtags and retweets alike. And no, I’m not talking about Hillary Clinton. I'm talking about the ***flawless and fabulous Lena Dunham. Primarily known for her groundbreaking show Girls, Lena also co-founded and released the Lenny newsletter this year — and Tuesday's release might've been the best Lenny Letter yet. Released on December 15, Lena Dunham interviewed Planned Parenthood Cecile Richards for Lenny, where they talked about the organization, parenthood, and what needs to happen in 2016 to keep women’s rights intact.

Richards is another force for women who's shown nothing but poise during 2015. When she wasn’t smacking down misogynist questioning from Congress, she was assuring all of us that terrorism wouldn’t stand in the way of women’s health. Through it all, she handled each and every one of those tough situations like the pro she is. Since we really need to know just how she does it, who better than Dunham to get the conversation started?

Fortunately for us, Richards not only told the Girls creator and us what keeps her going, but she hinted at where the fight continues — and what we can do to take part. Needless to say, the interview is a must-read, but here are four quotes that really are sure to stay with you for quite some time:

It doesn’t surprise me that they don’t know much about women’s health or women’s bodies or what a breast exam actually consists of. But it did stun me how little they cared. And how little empathy they have for women who basically don’t have access to health care in this country. That is shocking. You shouldn’t be able to be in Congress and not care about women at all.

On The Colorado Springs Shooting

It’s obviously really disturbing how much hateful rhetoric there is about women. About women who seek abortions, doctors who provide abortions, organizations that provide abortions. I hope people will take stock of what can happen sometimes when the rhetoric just gets so intense and really ugly.

I guess my hope and dream is that this country, and countries around the world, elect people who believe that women should have equal rights. [...] I do think we’re at this really critical point of inflection in the U.S., and it’s going to be decided a lot by politics. Are we going to make a big leap forward here, or are we going to go back 50 years and have to start fighting these battles over and over again? I think it’s more important now than it’s ever been.