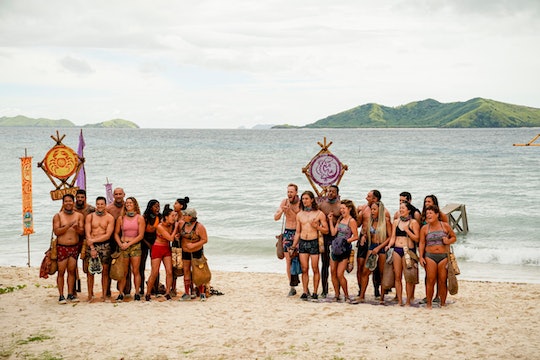 You Should Really Keep An Eye On These 'Survivor' Players

Survivor returned with a bang this season, and it brought back all the thrilling survival politics audiences love. Through their very first challenges, the two teams — the Volkai Tribe and the Lorai Tribe — are already beginning to expose their strongest and weakest players Based on the first episode alone, viewers are predicting who they think will win this season, and these Survivor Season 39 cast fan favorites will give you an idea of where most of their confidence lies.

The premise of the show is the same as it’s been for 38 seasons, but this time there’s one small change. Legendary Survivor winners, Boston Rob Mariano and Sandra Diaz-Twine have returned to the show, but this time around, they’re not competing for a prize. Their sole purpose is to mentor the newbies, and they’ll be popping in throughout the game to teach them the skills and strategies they need to win.

Along with delivering the charm, wit, and expertise you expect from Rob and Sandra, the season’s first episode revealed some notably strong players. Survivor fans took to Reddit to analyze the players, share their opinions, and name their favorites so far.

Janet Carbin — a 59-year-old chief lifeguard from Neptune, New Jersey — may have seemed like an underdog at first, but her strong performance and remarkable skills turned her into a fan favorite by the end of the episode. “Janet is the Subreddit's first Player of the Week this season,” Redditor RSurvivorMods wrote after compiling numerous fan picks for the first week. “She defied stereotypes about older women on Survivor, coming roaring out of the gate and making her tribe fire without flint, and followed up with a strong performance in the challenge.”

Elaine Scott — a 49-year-old factory worker from Woodbine, Kentucky — is another cast member that won over fans with her kind and genuine nature. “Elaine actually has a lot going for her,” wrote Reddit user SargeantShaahk. “She's super sociable, she performed well at the challenge, and she's embracing Kellyn's gut and running with it. I think Elaine is naturally good at reading people and that's an excellent attribute to have in this game.”

Creating bonds and alliances is probably the most crucial strategy players need to make it on Survivor. Fans recognized how 60-year-old former Canadian NHL player Tom Laidlaw was able to make allies in the first week, and some pointed out how well he was able to keep his calm in such a high pressure situation. “I like Tom a lot,” wrote Redditor TheCrimsonKnight. “He seems well positioned and wise. Hopefully he goes deeper in the game.”

Some viewers picked Tommy Sheehan — a 26-year-old teacher from Bayville, New York — as their favorite, citing his likeability, and his way of connecting to people in such a genuine way. “Everyone loves this guy and it is plain to see why,” wrote Reddit user Turtle_and_Zone. “Likeable teacher type who seems down to earth, is attractive and athletic looking without being the most buff guy out there. Go get 'em Teach.”

It’s still too early to predict if any of these fan favorites will win Season 39, but if they can hold up to the scrutiny of Survivor fans, they may be worth keeping an eye on.