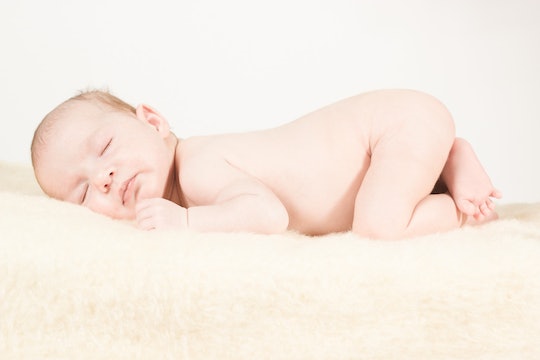 In encouraging news for parents, the Centers for Disease Control and Prevention released a report last month indicating that the infant mortality rate had decreased between 2005 and 2014. The infant mortality rate for deaths caused by SIDS — Sudden Infant Death Syndrome — decreased by an astounding 29 percent during that time period. Even so, SIDS claimed the lives of nearly 1,600 babies in 2015 alone, according to the CDC. As many SIDS prevention resources are available for parents, there are still four things that can increase SIDS risks about which most parents still don't know.

The reduction in the number of SIDS deaths is definitely a prominent factor in the reason why the U.S. infant mortality rate is down. The American Academy of Pediatrics launched its first safe sleep guidelines in 1992, recommending that parents always place baby in a non-prone position on his or her back when they go to sleep, leading to drastic reductions in the number of babies dying from SIDS.

In 2011, the AAP expanded its guidelines to encourage mothers of newborns to breastfeed, as well as the removal of all objects from a baby's crib, including pillows, blankets, and crib bumpers. A 2016 safe sleep guideline expansion took on the issue of bed sharing, which the AAP discourages; the AAP does however encourage the practice of room sharing with a baby instead.

Even when following best practices and recommendations, some babies are more susceptible to SIDS than others. Here are four more things that can increase a baby's risk for SIDS.

Being Born A Boy

Baby boys are more likely to die from SIDS than baby girls, although the jury is still out on exactly why that's the case.

Babies Who Are African American, Or American Indian/Native Alaskan

According to the National Vital Statistics System, babies who are African American, or American Indian/Native Alaskan suffer from SIDS at higher rates than their white, non-Hispanic peers. There are several factors that go into this: birth weight is closely tied to a baby's ability to thrive and survive, there's a link between low birth weight and SIDS, and low birth weight is found in high rates among those who don't have adequate access to prenatal health care.

In a 2015 study out of Australia, researchers identified the first biological factor for SIDS. Babies found to be deficient in the neuropeptide "orexin" a brain-like protein that controls sleep arousal — were more likely to die from SIDS. While a test for determining a baby's orexin level is still more than a decade out, it could be a game-changer for the pediatric medical community.