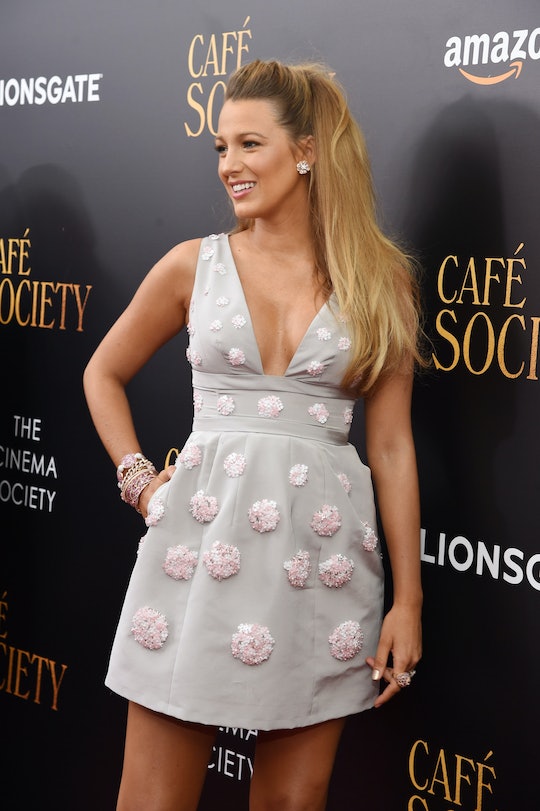 One would assume that a rich, beautiful movie star who's best known for playing a teen millionaire named Serena van der Woodsen and then running her own lifestyle brand would be completely unrelatable, particularly once said actress starts reproducing with a rich, handsome superhero. One would be wrong, though, because Blake Lively's quotes on motherhood and pregnancy show that the old axiom is true: Stars, they're just like us. At least some of them.

Sure, Lively can easily afford all the childcare she needs, as well as a personal trainer and a nutritionist to get her post-baby body back in a shape that too many people expect of women who have just given birth. And she certainly lucked out with an awesome co-parent in Ryan Reynolds (although dad's movies are wildly inappropriate for a toddler). But she still sounds a lot like plenty of average moms I know, like when she's talking about how raising a baby isn't as glamorous as some make it seem, or when she complains about having to go from postpartum to model-thin in just eight months (sure, it was so she could star in a summer blockbuster movie, but I'm sure it was still hard). Lively seems less like that seemingly-perfect mom everyone secretly hates, and more like the mom who sits in the back of the PTA meetings and snarks with her friends (even if she is snarking in $500 cashmere yoga pants).