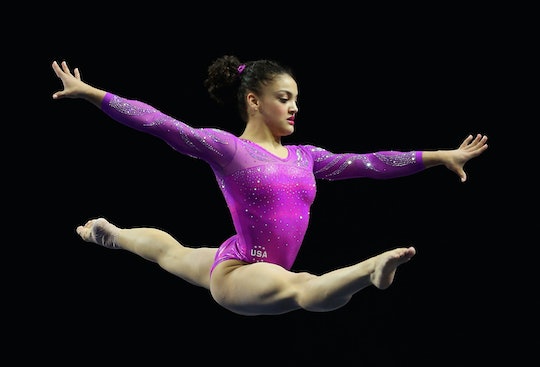 With the 2016 Olympic Games just days away from its opening ceremonies in Rio de Janeiro, Brazil, there's one member of Team USA that's already making headlines: 16-year-old Laurie Hernandez. Amazingly, this is Hernandez's first year competing in the senior levels of gymnastics — and she's already making history on the U.S. Olympic team. Hernandez is the U.S. Olympic gymnastics team's youngest member, having only just qualified for the team when she turned 16 on June 9th this year. As she makes her Olympic debut in the coming weeks in Rio, fans have begun to learn more facts about Laurie Hernandez and her dazzling ascent in the world of competitive gymnastics.

Hernandez has an impressive collection of gymnastic medals already at just 16-years-old. She began her elite career just four years ago, coming in 21st place in the all-around at the 2012 U.S. Classic, when Hernandez was only 12-years-old. Her junior elite career would be short lived, as her last junior-level competition took place in Yokohama, at the 2015 International Junior Japan Meet, where she took home the gold for all-around and floor exercise. Hernandez placed third in her all-around at the National Championships in June, and came in second behind Simone Biles at the U.S. Olympic trials earlier last month. Here are 5 more facts about Laurie Hernandez that are just as impressive.