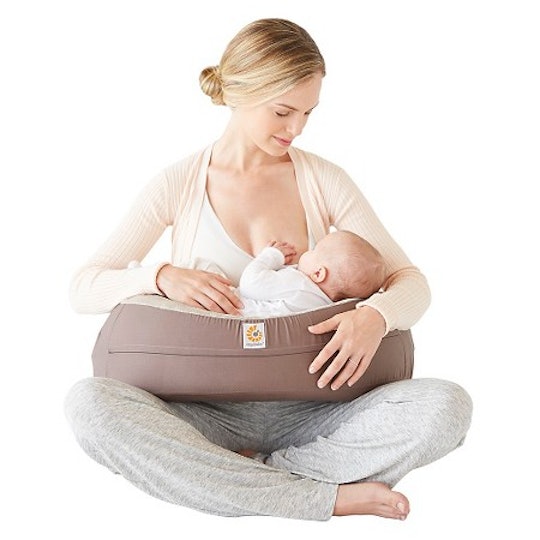 If I told you that I was expecting bumps in my breastfeeding journey, I would be lying to you. Before becoming a mom, I had a rosy, picturesque idea in my head about what breastfeeding would be like — second nature, effortless, natural were all adjectives that described my naive assumptions about it. And although, in a sense, breastfeeding is the most natural thing in the world, it didn't come that way the first time around. There were latch issues, positioning problems, and the realization that nursing can really hurt. My endless hunt for gadgets to make breastfeeding less painful was finally put to an end when I discovered what worked for me and my little boob-destroyer (yes, that's how I so lovingly refer to children).

Although most of these tools don't usually fix the heart of whatever issue you're experiencing (poor latch, wrong positions, etc.), they will provide relief from the pain in the moment, which is a glorious thing. However, it's important that you don't exclusively use them before fixing the issue that caused the pain in the first place. But used together with corrected technique, there's nothing wrong with bringing in a little bit of back up to give your poor, exhausted breasts, arms, back, or whatever else is hurting, some relief.