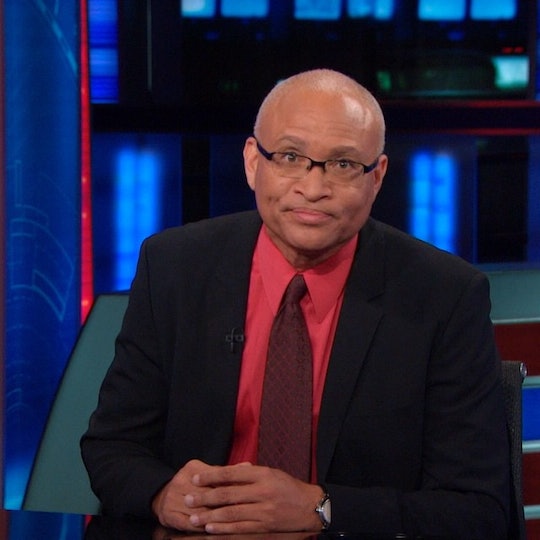 The 2016 White House Correspondents' Association announced Wednesday morning that Comedy Central comic and political commentator Larry Wilmore will host the White House Correspondents' Association Dinner in April 2016, according to ABC News. The event is a traditionally raucous affair that is part roast, part standup routine, part media catharsis. Saturday Night Live's Cecily Strong hosted last year's event, and there is little doubt Larry Wilmore will rise to the occasion. In fact, given his history of scathing political punditry and late night charisma, he's already perfect for the job. In case you're not convinced, here are five great Larry Wilmore jokes that prove he's going to be a great host.

The dinner is scheduled for Saturday, April 30, and along with Wilmore, President Barack Obama will give his annual address to the gathered media (last year, he was incredible). In the meantime, if you aren't familiar with Wilmore you have a few months to catch up on his program, “The Nightly Show.” Get going!