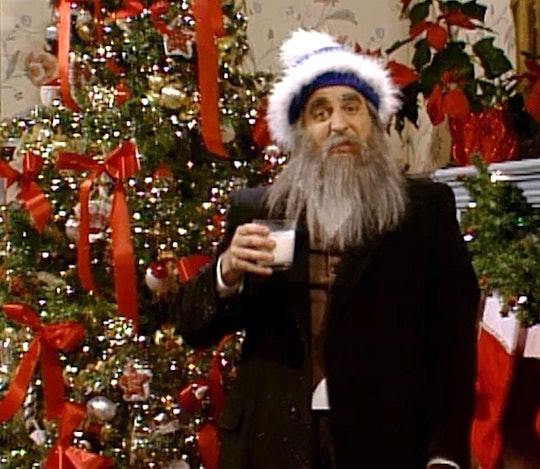 5 Hanukkah Icons That Give Santa A Run For His Money

The Christians may have Santa Claus, the jolly man who “ho ho hos” down chimneys, bringing presents to good little boys and girls, but Jews have their own icons to look up to at holiday time. Hanukkah’s beloved characters are actually way cooler than Santa Claus because, unlike Santa, who adds joy to the Christmas holiday but doesn’t actually have anything to do with the holiday itself, the Hanukkah peeps are based on real, historical figures who did badass things.

It’s interesting that Hanukkah has become the most secular and assimilated of the Jewish holidays, because it’s actually the story of the Jewish fight for independence and freedom (and not really that big of a deal in the Jewish religion). The lessons we’re taught by the players in the story of Chanukah are ones of never being afraid to do what’s right and stand up for what we believe in.

Hanukkah commemorates the Jewish war for independence fought by Jews living in Greece, Turkey, and Syria after a new king took the throne and declared that all residents who did not renounce their religion and worship the Greek god Zeus and himself, King Antiochus, would be murdered, it led to the uprising. It is the leaders of this rebellion that we recognize and celebrate during Hanukkah, and they are rad AF.