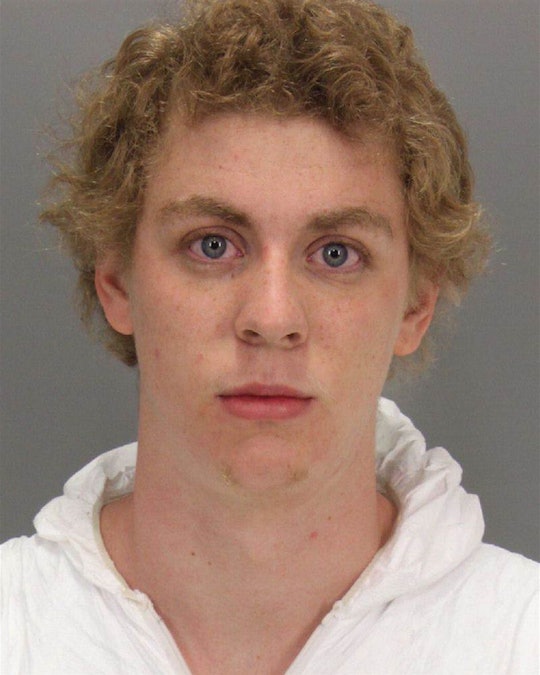 5 Important Parenting Lessons To Take Away From The Stanford Case

It feels as though everyone lately has been discussing Brock Turner, the 20-year-old convicted sexual assailant and former student at Stanford University, and for good reason. Thanks to the unbelievably courageous letter BuzzFeed published that was written by his victim, who has been given the nickname "Emily Doe," discussions of sexual assault, rape culture, misogyny and privilege have become front and center, forcing people to consider all the ways in which they may unwittingly contribute to the type of environment that leads people like Turner to think that, not only can he rape an innocent girl behind a dumpster at a party, but that he doesn't have to take responsibility for his actions, or own up to anything other than possibly drinking too much. For parents, the thought that our children could grow up to be "Brock Turners," or that they could end up being raped by them, is haunting. But one thing that Doe has made clear by speaking out is that the conversation can't just stop at being dismayed. While there are a seemingly endless number of discussions that need to be had about sexual assault, these five important parenting lessons to consider from the Stanford case are a good place to start.

Whenever it comes to sexual assault, consent is a factor that can't be ignored. Even though the idea of consent is often portrayed as a complex concept in courtrooms, it really is quite simple: if a victim didn't (or couldn't) consent, then it was rape. As parents, we'd hope that, if it were our children, their consent would be respected, but what we may not realize is that we teach lessons about consent to our children throughout their lives, and that can begin even when they are toddlers.

Child development expert and pediatrician Dr. Deborah Gilboa spoke to TODAY about what parents can do to stop rape culture, and she said that teaching kids they can say no is an invaluable lesson. One suggestion? Give children the option to turn down hugs and kisses, even from parents or relatives:

If each individual has the right to say no, then that means they always have the right to say no...You may require your child to make eye contact, speak politely to a family member or friend, but please don't allow them to be guilted or forced into showing or accepting physical affection.

Although it's pretty clear that Turner should be held entirely, wholly responsible for his actions, one of the discussions that has sprung up from the case is the way that the hyper-masculinized culture of college athletics helps to feed into beliefs about sex and entitlement. According to the Washington Post, even the members of Kappa Alpha, the fraternity where the party Turner and his victim met, have been speaking up against the pressure they feel (Turner, it should be noted, was not a member of the fraternity). In an effort to fight the ongoing issues of campus rape and sexist fraternity culture, Stanford fraternities have hosted talks about sexual assault, sexual health and masculinity. According to the Washington Post,

Members said they saw brothers break down in tears as they shared stories about pressure to succeed — academically, athletically and with women — and not show vulnerability.

While not even sort of an excuse, the expectation that is placed on many boys and men to hide their feelings and show bravado only contributes to strengthening rape culture, especially on college campuses, where masculinity and success is so prized (how many times have we had to hear about Turner's swimming achievements, for example?)

Again, as parents, allowing vulnerability in both our daughters and sons is hugely important. In a post on her Facebook page, parenting expert Meghan Leahy emphasized the need for parents to allow boys to be emotional in order to dismantle rape culture:

A secure, mature, and emotionally safe young man doesn't control or rape other people. An insecure, immature, shut-down person does. You don't need CONSENT LECTURES for little kids. You need to stop saying [things] like, 'Stop crying like a girl.'...You need to hold them when they fail. You need to surround them with other loving men. You need to not rely on competition as their only teacher, such that the outcome is only LOSING or WINNING. All or NOTHING.

3. Think Twice Before Making Excuses For Your Kids:

By now, you've probably seen the viral letter written by Brock Turner's father, Dan Turner, to the judge ahead of his son's sentencing. In it, he asks for leniency, and calls his son's rape of an innocent woman "20 minutes of action," and insists that he's not a threat or a criminal. The response by most people, of course, ranged from shock and disbelief to downright anger and disgust, but what parents might not realize is that making excuses for our children's even seemingly benign behavior can have disastrous consequences later (as clearly seems to be the case here). As Amy Joyce of the Washington Post's "On Parenting" writes,

Maybe [parents] need to start by making sure they aren’t making excuses for their kids. Like the time that little Joe hit the neighbor kid and his dad said: 'Well, he was provoked. Also, he had a lot of candy today. We need to stop feeding him so much sugar.' Or when Jane cheated on a test and mom said: 'Well, that teacher just can’t teach. Otherwise, she would have aced it. She’s so smart.'

It's hard to read Dan Turner's letter and feel anything but outrage, hard to understand how he could turn such a blind eye to what his son did. But chances are this wasn't even sort of close to being the first time the elder Turner opted to look the other way, or explain away his son's actions. And chances are, it's something a lot of parents do, without realizing that it can set them up to be practically incapable of taking responsibility for their own actions when they should be plenty old enough to know better.

Even though many parents claim to value traits like kindness and empathy over academic achievement, in practice, you wouldn't actually know it. According to The Atlantic, a 2014 study from Harvard University showed that,

While 96 percent of parents say they want to raise ethical, caring children, and cite the development of moral character as 'very important, if not essential,' 80 percent of the youths surveyed reported that their parents 'are more concerned about achievement or happiness than caring for others.'

That result alone suggests quite a bit about the disconnect between what parents might think they value, versus what they are actually teaching their children. And when coupled with the other grim reality that boys are often not taught that being emotionally vulnerable is OK, it suggests that we are setting them up for failure.

Child psychologist Michele Borba agreed, telling The Atlantic that the study's finding are,

[a] wake up call to parents, a clear indication that we need to reprioritize our parenting agendas ASAP. The science reveals the irony of the situation: happier and more successful kids care about others, they are able to relate, be concerned, and respect differences, and a lack of empathy makes kids less successful, and less happy.

It also, of course, has a huge role to play when discussing rape culture, and particularly Brock Turner, whose court statement showed no empathy to his victim whatsoever. If we want our kids to care about others, and to respect their feelings, then we have to actually make that a priority, not just claim that it is one.

One of the few glimmering rays of hope of the Stanford rape case was hearing that two Swedish grad students, Carl-Fredrik Arndt and Peter Jonsson, managed to intervene the night that Brock Turner sexually assaulted Emily Doe, tackling and restraining him until the police arrived, according to BuzzFeed. Doe referred to the two men as "heroes" in her letter, and certainly they seem worthy of that title. As a parent, Arndt and Jonsson represent to me everything I hope my own children will be — people who are brave enough to help others and do the right thing. But like so many values, children need to see it from their parents first.

According to Mary O'Donohue, a PBS parenting expert, teaching kids integrity comes down to, well, empathy. And it's something parents can foster even with young children, by going beyond vague ideas of "telling the truth" or "doing the right thing," and instead asking them specific questions about what they think would be the right thing to do in certain scenarios:

What would you do if you saw your best friend stealing a scarf from the teacher’s desk? You noticed that your grandmother dropped a $20 bill the same day you wanted to buy a popular new video game? You saw the last piece of chocolate cake in the fridge but knew your sister was hoping to have it for dessert?

By encouraging even young children to start thinking about right and wrong, and about how their actions and choices affect those around them, parents can give their kids a way to practice moral integrity free of pressure — with the hope that, when faced with a situation where they need to be brave and do the right thing, they will.

Of course, as much as all parents hope to do right by their children, adults like Brock Turner, and all of the other convicted rapists out there, still have to be responsible for their own actions. But what happened to Emily Doe was beyond unfair and horrifying, and though no one will be able to take that pain away from her, if we can take this case and use it to make ourselves more aware, plugged-in parents, that can hopefully make it even a little bit less likely that someone else will have to suffer from the same experience.